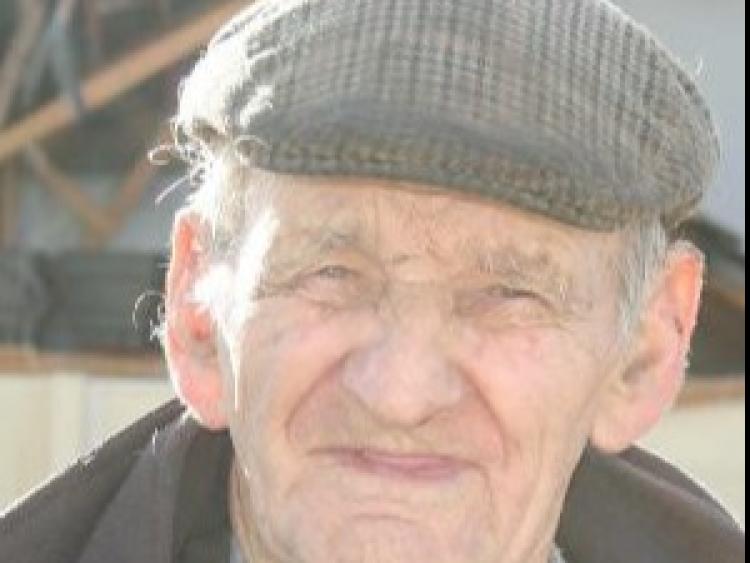 There was a sense of shock and sadness in Ballyroan at the unexpected death of Jack Murphy. Jack died suddenly on the week before Christmas while out herding cattle.

Jack Murphy was born in 1930 and grew up on a small farm in Derryfore just outside Ballyroan. His two great passions in life were farming and the GAA.

At a young age he went to work on Bland’s Estate in Blandsfort, Ballyroan. He honed his skills on the Blandsfort Farm and it became widely acclaimed that he was a very competent man in farming circles. He was a ploughman of the highest quality and was a familiar face at cattle marts in the local area.

As a young man, Jack was renowned for travelling far and wide to attend hurling and football matches. It was in the pre-television times and transport was all by train. He frequented such venues as the Gaelic Grounds in Limerick, Semple Stadium in Thurles, Croke Park, Nowlan Park and Cork Athletic Grounds. Jack witnessed in the flesh some of the hurling greats such as Christy Ring, John Doyle and Jim Langton and the football greats such as Jerome O’Shea, Tom Langan and Paddy O’Brien.

Of all the matches Jack attended surely his proudest moments were the ones following his own native Ballyroan. He was a regular attendee at club games all throughout his life. His sons John and Martin were regulars in the Ballyroan teams of the 1990s and today his grandson Shawn keeps the legacy alive in the sky blue of Ballyroan Abbey.

In addition to all of the above, Jack found time to be a groundskeeper for the GAA field in Ballyroan for many years. He tended to the lawn at St Patricks Church Ballyroan and was the caretaker at the Girls School as well.  He officially cut the tape on the opening of the new school in Ballyroan in June 2017.

Jack was pre-deceased by his wife Maura and is deeply regretted by his sons John, Paul and Martin, his daughter Janet, daughters in law, son in law, grandchildren and his wide circle of friends in Ballyroan.