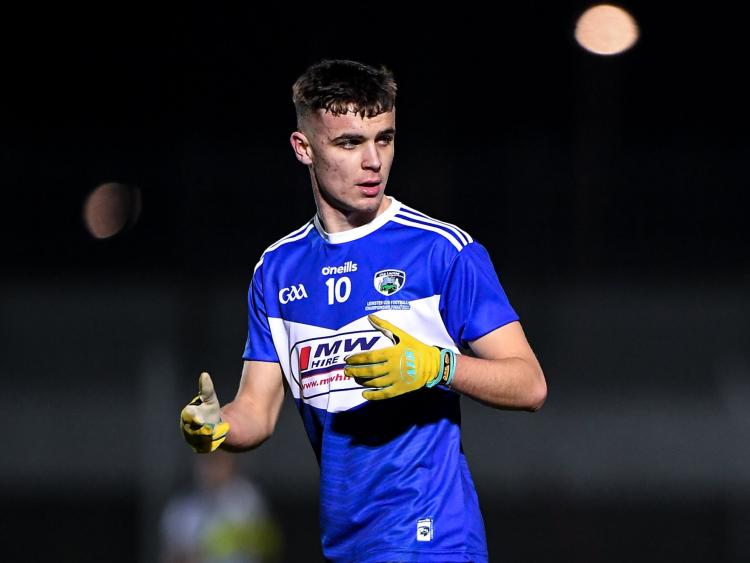 Portarlington's Ronan Coffey has been named in the top 20 players of the 2020 U20 Football championship. Ace forward Coffey was extremely impressive in Laois' march to the Leinster final in early 2020 before they were eventually defeated by Dublin.

He starred in wins over Westmeath and Kildare before continuing his good form into his club football proving to be a vital cog in Portarlington's march to the semi finals of the Laois Senior football championship.

The lightening fast forward Captained the O'Moore County U20's as was one of the main leaders on the panel.

EirGrid, proud sponsor of the U20 All-Ireland Championship, has announced the top 20 performers from this year’s under 20 football championship with the annual 20 U20 awards.

This is the sixth year of the player awards and second year of the EirGrid Manager of The Year awards with the recipients being selected by the Gaelic Writers Association. The awards are run by EirGrid to recognise the incredible talent, dedication and hard work displayed by those involved in this competition. EirGrid, the state-owned company that is delivering a cleaner energy future for Ireland, has been a proud partner of the GAA since 2015 when it first began sponsoring the U21 Football All-Ireland Championship before the competition evolved into to U20 grade.

Commenting on the awards, Uachtarán Chumann Lúthchleas Gael, John Horan said: “I commend all of the players honoured on this list but also all of those who competed in the EirGrid GAA Football U20 All-Ireland Championship in 2020 giving the testing set of circumstances everyone involved faced.

As ever with this grade of football the talent on show was difficult to ignore and I have no doubt that many of the names that feature on this list will have aspirations of further county representation in years to come.

“Thank you to EirGrid for their ongoing support of the GAA and their creativity in helping us to promote this competition and we look forward to working with them in 2021.”

Michael Mahon, Chief Infrastructure Officer at EirGrid,commented:“On behalf of all at EirGrid, I would like to extend our congratulations to the 20 players honoured on today’s prestigious list. The talent we witnessed in the 2020 championship was incredible and each of these young players did their counties proud during such an unprecedented time. We are also delighted to give special recognition to the EirGrid U20 Player of the Year, Galway’s Jack Glynn, and EirGrid Manager of the Year, Donal Ó Fátharta, who are both part of the All-Ireland winning team.

Well done and thank you to all of those involved who made the EirGrid GAA Football U20 All-Ireland Championship a success. These awards allow us to acknowledge and reward some of the bright stars of the game and we look forward to seeing what the future holds for these outstanding footballers.”