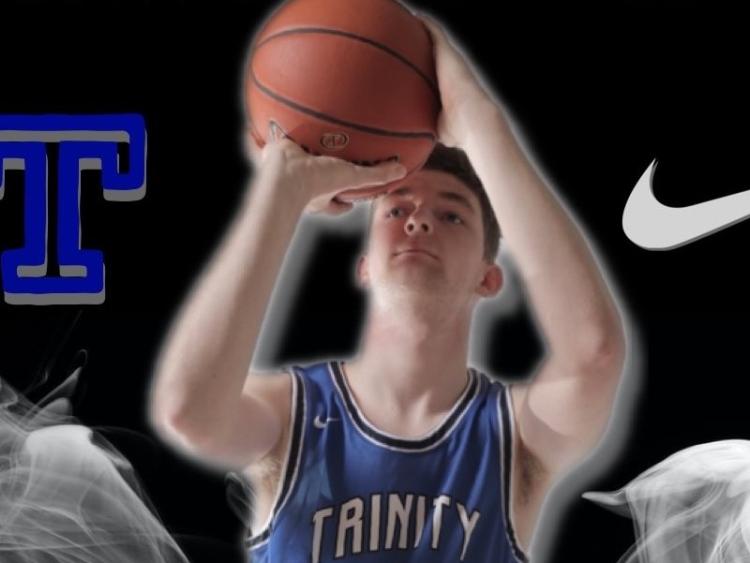 During the weeks of Christmas and New Years I was stuck in isolation along with the other international students in the house testing positive for coronavirus.

This was really tough for me mentally at times being away from my family during Christmas and New Years for the first time.
The question does come across my mind a lot on whether or not it was all really worth it. Moving and taking such a big risk at this period of time. Missing the busy Christmas basketball season and not playing in a competitive game yet and potentially not playing any at all with coronavirus threatening to end the season at any moment.

This time I looked to my parents for extra motivation to keep going during this time. I quizzed them about their sporting past and got to know more about their experiences in their younger days. This taught me a lot about resilience, perseverance and how much circumstances can affect young people in sport.

First off is my mother Sandra who grew up in a socially disadvantaged area in North Dublin. My mam started playing tennis when she was nine years old and really took a liking to it quickly becoming one of the best for her age in the Dublin region.
Things weren’t easy as she moved into school. There was a cost to play tennis.

My man didn’t want to ask her parents for money because of how tight things were at home. She quit School tennis because of the cost to rent a racket. This had a consequence. As a result of not playing tennis with the school, she was not allowed to play basketball.

My mother continued to play tennis in the Dublin park leagues where she borrowed a racket from the coach and was winning a lot of Dublin park league events. She would travel across Dublin on her own on buses to play matches. She would practice everyday for three hours off the wall of the apartment block. Whenever she was at a tennis court she would look to play older girls for more of a challenge to further improve.

A move of house ultimately killed her tennis playing days as she simply couldn’t get to a court to play anymore. Obviously it’s something for me to take on board.

What my mother went through all this at a young age along with traveling across Dublin by herself at such a young age really showed the grit and determination it took to succeed not only in sport but in life and think that mental toughness and drive is something that has rubbed off on me a little bit as I grew up.

When strength and conditioning became part of my life my mother went with me from the start. She stayed with me and stayed training with me for the nine or so months.

My mother gave that committed to help me succeed in sport and her willpower to keep going through it just really amazed me.
Moving onto my dad Seamus, he grew up in Portlaoise. Starting athletics at five years of age he competed in the community games all the way up until he was thirteen, he was a naturally fast runner and winning a lot of races at a young age made him ambitious.

His will to win carried him into training at the young age. He pushed himself to the limit in every race and even harder in training. His home circumstances was different to many.

His father was training a lot of greyhounds so running took a backseat for the most part, the greyhounds took up a lot of time and the support for his athletics was not as strong as it could have been. However the passion for athletics was still there, my father pushed himself to get better and to stay winning.

He qualified nearly every year to represent Laois in the community games. The national finals were in Mosney then. He won a silver medal there and won a number of under age BLOE Leinster and National medals. At 13 years of age he finished his competitive athletic career.

The commitment to the training and dedication required to advance further and support structure needed to progress was not fully there. Just like my mother it’s a real 'what if' story.

Recently he’s ran an abundance of marathons which is a grueling journey throughout with the long periods of training and the marathons themselves being one of the hardest things to complete.

You can really see the competitiveness never left him to this day, out on the golf course we’ve had a couple of small disagreements because of the competitive nature between the two of us.

My dad was also so helpful in the early days of basketball. Once he saw something in me he was there to help me out.
We spent hours together in the small community hall in Killenard which helped build up my game to where I am now.
Over the last year with UCD Marion my parents were great, the belief they showed and the commitment they gave was simply unbelievablw.

An example of that were the journeys to Dublin six days a week. After working that day one would get into the car with me at half five for training in Stillorgan.  The day ended getting home at 10.30pm. This was also done on top of both working full time, taking care of my brother and sister along with pushing them in their passions.

I really feel that they lived their sporting passions through me in a good way. They never forced me into anything but once it was clear basketball was it, they pushed me to be better day in and day out on the court and off it, in school and in the house constantly making sure I better myself on the daily basis.

People always ask me if I miss my family, and I do, who wouldn’t but one thing I always think about when I miss them is that they did everything to help me succeed. That's why I’m here to chase something that was merely a crazy dream three years ago that has now become somewhat of a reality.

It’s something that I want all young people to think about back home, what is your passion?
What are you doing it for? Once you have a why, things become a lot clearer.