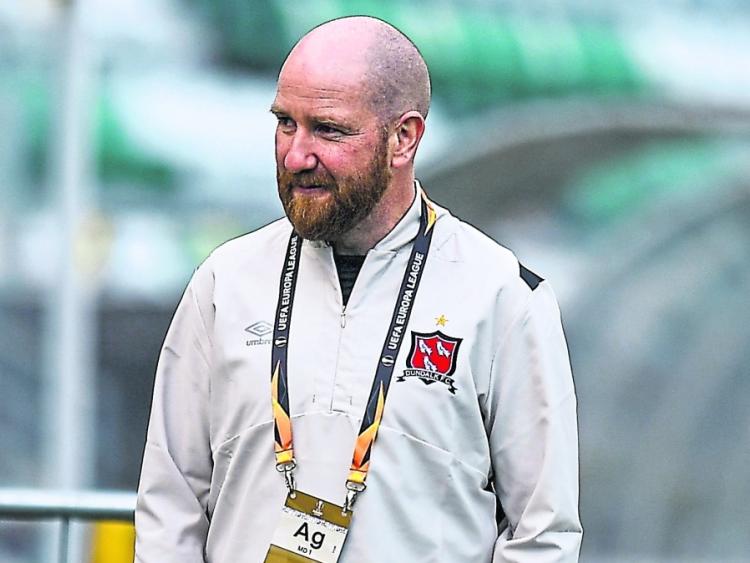 Shane Keegan ahead of the UEFA Europa League Group B match between Dundalk and Molde FK at Tallaght Stadium in Dublin last October. Photo by Ben McShane/Sportsfile

Shane Keegan has been appointed as the new Rathdowney-Errill hurling manager for the 2021 season.

The Rathdowney native is currently working with Dundalk FC and has managed League of Ireland soccer teams, Galway Utd and Wexford Youths.

Joining him on the management team are Eoin Fitzpatrick, a former club championship winner, and Kevin Power from Johnstown, who played underage and senior with the county.

Keegan takes over the mantle from club stalwart John Delaney who was in the role for the past three seasons and which saw  senior championship success in 2019.

Keegan's profile shot to prominence last year when he fulfilled head coach duties at Dundalk for their Europa League games.

Dundalk FC's progress to the group stages of the Europa league was one of the big Irish soccer headlines in 2020.

Keegan is credited with playing a big role in the club advancing to the business end of the competition which saw them take on the likes of Modle, Raid Vienna and one of the biggest clubs in Europe, Arsenal.

He joined Dundalk as an opposition analyst under a previous managerial regime fronted by Vinnie Perth but the interim appointment of Italian manager Filippo Giovagnoli saw Keegan, who is the holder of a UEFA Pro Licence, take a more centred role in the coaching as well as continuing with his analysis of the opposition.

He was in the dug out for Dundalk at the Emirates stadium in London when they took on Arsenal last October and enjoyed the whole experience pitting himself against some of the best in the business and in one of the best stadiums in the world.

“The whole stadium experience was great and I suppose the only downside to it was the lack of fans but it nearly feels bad to be talking about that given the experience that we had," he said.