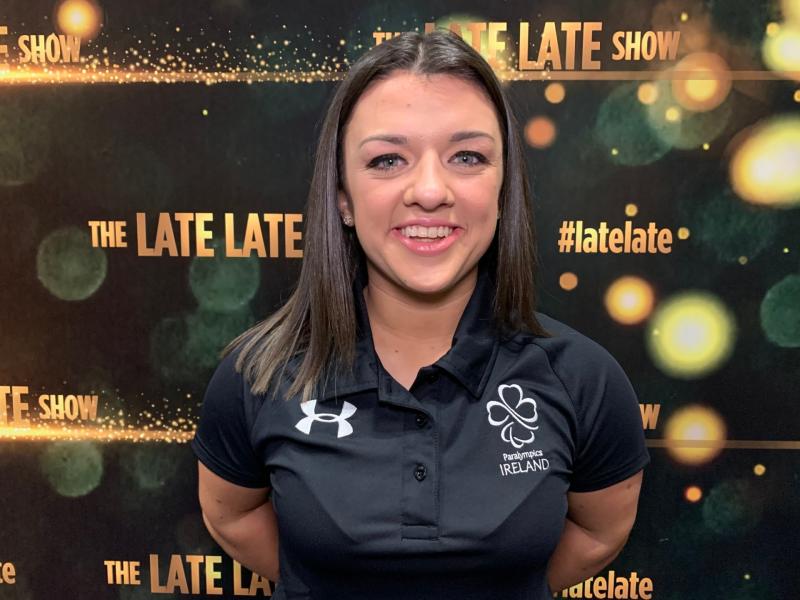 Laois athlete Nicole Turner who recently guested on the Late Late Show with her teammates in Paralympics Ireland, is giving it her all to win a gold for Ireland in the Tokyo Paralympics this summer.

An ambassador for Paralympics Ireland, the Portarlington teenager is in intensive full time training for the 2020 Paralympic games in Tokyo, which were deferred for a year due to Covid.

Paralympics Ireland has launched a new fundraising campaign to help Irish para-athletes like Nicole to reach the Next Level.
The are asking the people of Portarlington, Laois, Offaly and other parts of Ireland to help support Nicole and her teammates by donating.

Nicole who was born with hypochondroplasia and is winning medals for Ireland since she was 13, told the Leinster Express about it.

“This is the next level of the campaign by Paralympics Ireland. They aim to raise €600,000 to send the team to Tokyo, and to have some funds for Paris in 2024 and Los Angeles in 2028. The main reason is for our team but it’s to give upcoming paralympians the opportunities we had. As my teammate said on the Late Late Show, we are not just going to compete. We are hoping to win medals.

“Most of us are full time athletes. We make a lot of sacrifices so we are asking Ireland to get behind us, even as little as €2 from everyone would be amazing,” she said.

Nicole left Coláiste Iosagáin in May 2019 after Transition Year, for what she expected to be a gap year to train for the Tokyo games.

“Obviously everything got pushed back then. At the minute I am very thankful that we can continue training. Even though we compete for Ireland, most of us are registered with clubs and I’m with the NAC Swim club in Blanchardstown. From our squad of 18, it is currently restricted to just four of us swimming.

“This time last year, when Tokyo got postponed it was very strange. Most people could keep training because they do so on dry land. But when the pool closed I had to transition to a bike for nearly three months. The longest I was out of the pool before that was three weeks at the end of a season. It made me realise how much I do love the sport,” she said.

Nicole is currently training for 22 hours a week, Monday to Saturday, commuting to Dublin.
“I train for 16 hours in the pool and then three gym sessions. My lovely Mam Bernie drives me up and down every day,” she said. 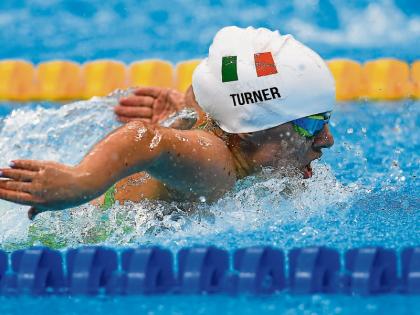 She was the youngest member of the paralympic team in Rio in 2016, aged 14.

Winning a gold now would mean everything she said.
“I went for the experience, I was so young, but now to win gold would be amazing. I won’t put pressure on myself but I have been working tirelessly for this and it would mean the world to me. I have put my education on hold and made a hell of a lot of sacrifices,” she said.

To give a donation go to www.paralympics.ie  The minimum donation is €2 and can be made using either Google Pay, credit or debit card, or Paypal.

The Tokyo Paralympics take place from August 24 to September 5.