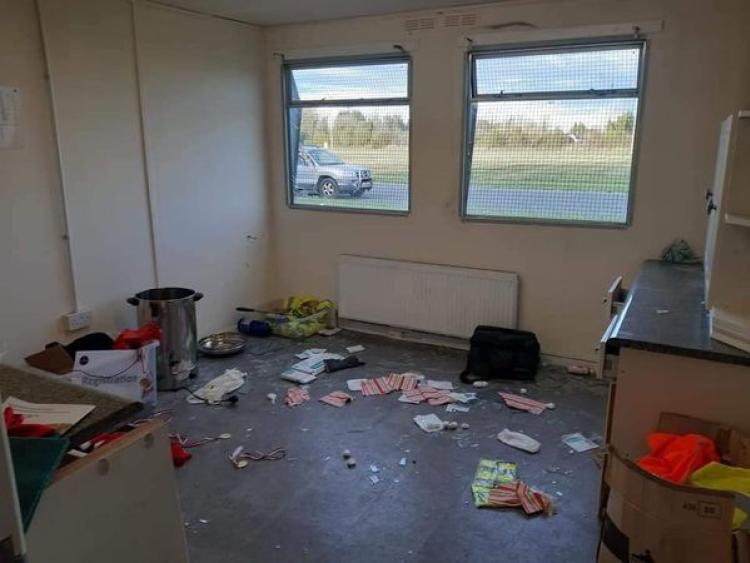 A sample of the damage caused by vandals at Portlaoise AC this week.

With kids due to return to sport all over the County on the 26th of April, one local sports club have suffered a devastating setback.

Portlaoise Athletic club was one the receiving end of extreme vandalism this week with the damage done to their cabins so bad that they fear repairing them will come at a cost too severe to the club.

Defibilators were also damaged while the damage wasn't just contained to indoors as some of their outdoor facilities also bore the brunt of the vandals. With the roof damaged, all windows smashed, and rooms ransacked it's hard to take for all club members, coaches and volunteers who have put a lot of work into the cabin over the years.

While the club are still trying to work out how to get their facilities back up and running for the return of kids training next week, they have also highlighted how far down the list they come in relation to other clubs and codes of sport in terms of funding and indeed, sponsorship.

They are at a stage now where they need help and they are asking people to help them out in any way they can whether it be sponsorship or ideas on how they can get their facilities back to the way they were. 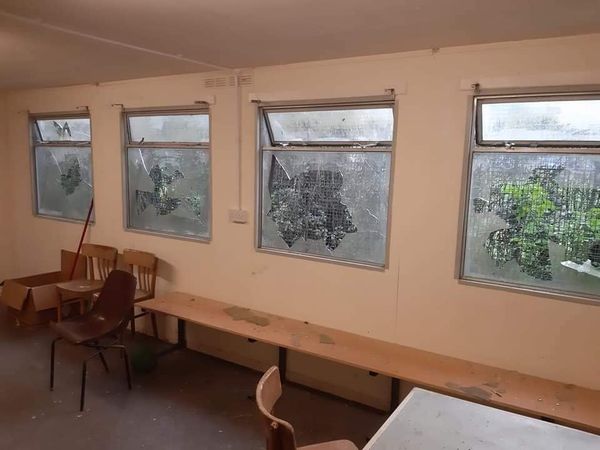 In a statement released on their social channels, they club commented;

"Unfortunately our club house was damaged recently, we are not posting here to attract negative comments about the perpetrators, that's more a socitial issue but we could do with positivity.

"It is never a nice time for a thing like this to happen but unfortunately it coincidences with what will hopefully see some sort of action for our juveniles in the coming weeks. Despite the massive part athletic clubs play in society we are way, way down the list regarding funding, sponsorship, etc.

"The damage to our cabins is so severe that to repair them is not feasible financially. If anyone in the community has any ideas or can help in any way please let us know. Again please no abusive comments about those that carried it out, we just wish to move forward in a positive way."

Club president Eileen Hayes also commented to the Leinster Express on the situation.

"It is heartbreaking to hear of the devastation caused by vandals to the Portlaoise Athletic Club’s cabins  adjacent to the sports grounds of Portlaoise College. Over the years thousands of euros of the clubs hard earned finances were spent on the purchase, installing, kitting out & maintenance of the cabins all for the benefit & safety of our athletes.

"Senior members & club officials spent hundreds of hours voluntary after work in the evenings & at weekends ensuring all facilities including the long jump pits, throwing circles & running track surface were all up to standard & safe for use.  Needless to say they are ‘ gutted’ shocked & angry at this latest vandalism.  It is not acceptable". 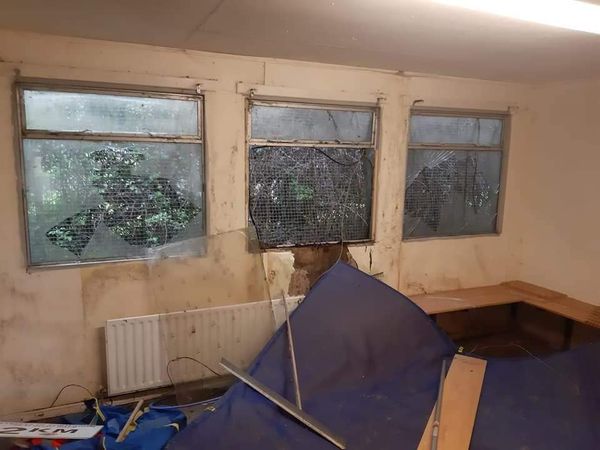