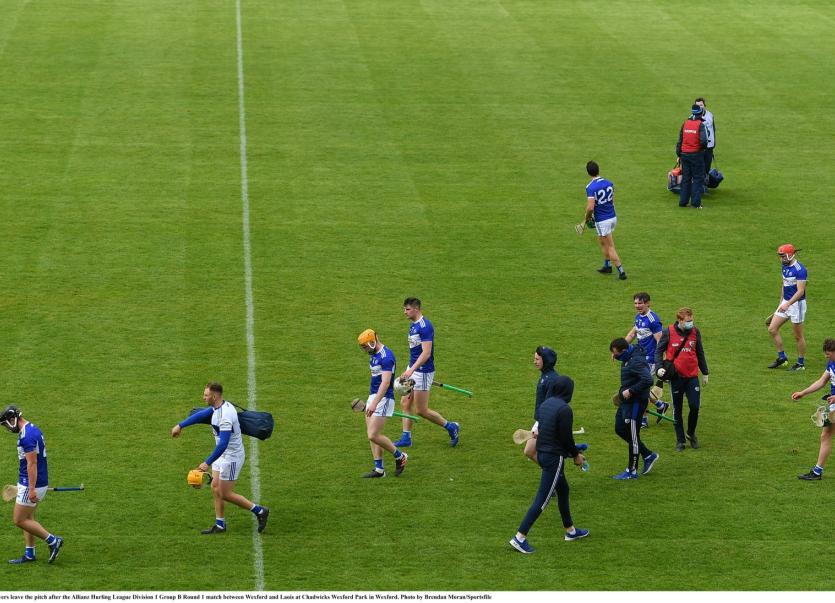 Laois hurling manager Cheddar Plunkett has insisted that Rosenallis youngster David Dooley has a bright future in the game and will still to close to the heart of the team.

His reaction comes after Dooley was due to make his Laois senior debut on Sunday against Wexford in the opening round of the league but a late clarification on a rule meant that not only could be not make his debut but that he is in fact ineligible for the rest of the year.

In order to be eligible to play Inter County a player has to be 18 years of age before January 1 of a championship year and as Dooley turned 18 after January 1, he will now have to wait until next year to feature for the Laois seniors.

Speaking after the defeat to Wexford on Sunday, Laois hurling manager Seamas 'Cheddar' Plunkett was disappointed and a bit disillusioned by the ruling which the Leinster Express believes came as late as Saturday after Laois had named their team.

“First of all I have to say, David is a fantastic young man. He was a great Laois minor last year and from a very proud Laois family. He was invited into our panel and made a huge impression on everyone, on players and management and clearly has serious ability.

“I understand that the rule is, and anybody I know or checked on this understood the rule that when you finished minor and moved into next year you could play senior. I understand the rule you can play senior club but you can’t play senior inter-county. That rule is the 1st of January, you have to be 18.

“I’m not going to go into the logic of the rule that you can play club hurling at senior level but you can’t play intercounty. I don’t know anybody that knew that rule … somebody brought it to Croke Park’s attention and it was brought to our attention this late in the game.”

While disappointed with losing another player along with the lengthy injury list that he has to deal with, the Laois man accepted that the rules are the rules.

“Of course you’ve got to play by the rules and we will but I will just finish and say that I think there is going to be a bright future for David.

“He’s a fantastic young man with great character and I wouldn’t have expected anything else to be honest with you and I’m looking forward to seeing him be part of the team in the future. “We will certainly be keeping him close to the heart of our team and I think he will have a major role to play in Laois hurling in the next 10 or 15 years.”