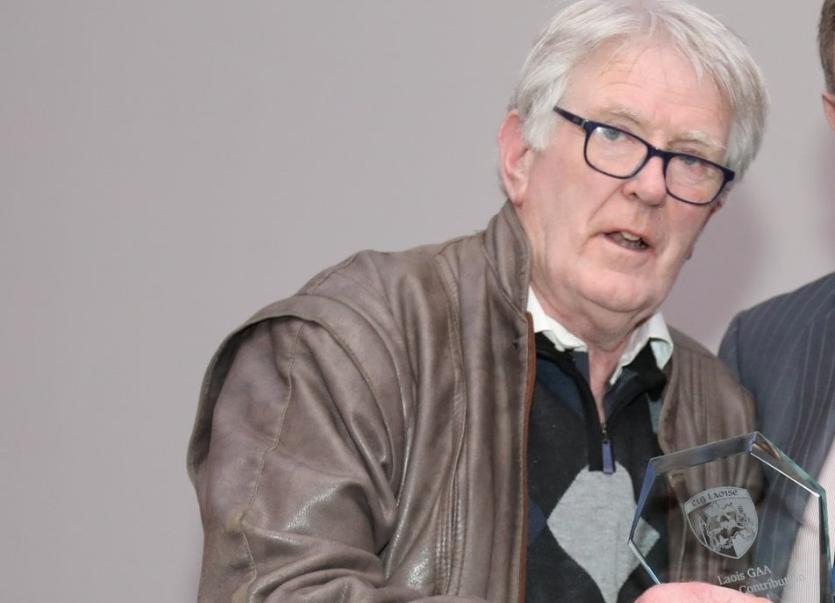 The wider Laois GAA community are mourning one of the most colourful and popular characters in Laois GAA circles.

Borris-in-Ossory clubman Joe Dooley was a a long time steward in O'Moore Park and was part of the furniture at Laois GAA HQ on match days over the years.

A hugely popular figure, he was well known to players, supporters and officials alike and his love for Laois GAA was deep rooted.

Whether it was as head steward, a position he held for many years, or at the main entrance, his presence was always a welcoming and familiar one and he took great pride in serving his County in O'Moore Park.

A former player with Borris-in-Ossory, the late Joe Dooley was given a huge accolade back in 2019 when he was presented with the Dedication to GAA award at the 2019 Laois GAA awards.

Tributes were pouring in on Wednesday night with Laois GAA commenting;

“Laois GAA would like to express its condolences and deepest sympathy to the family and friends of the late Joe Dooley. A passionate GAA man Joe was ever present for years in O’Moore Park.

“Joe always had a great smile and time for everyone when stewarding our games. A former player with Borris In Ossory he was a dedicated club man and proud supporter of Laois GAA."

He is predeceased by his brothers Sean, Michael and sister Peggy. Funeral arrangements will be announced later.