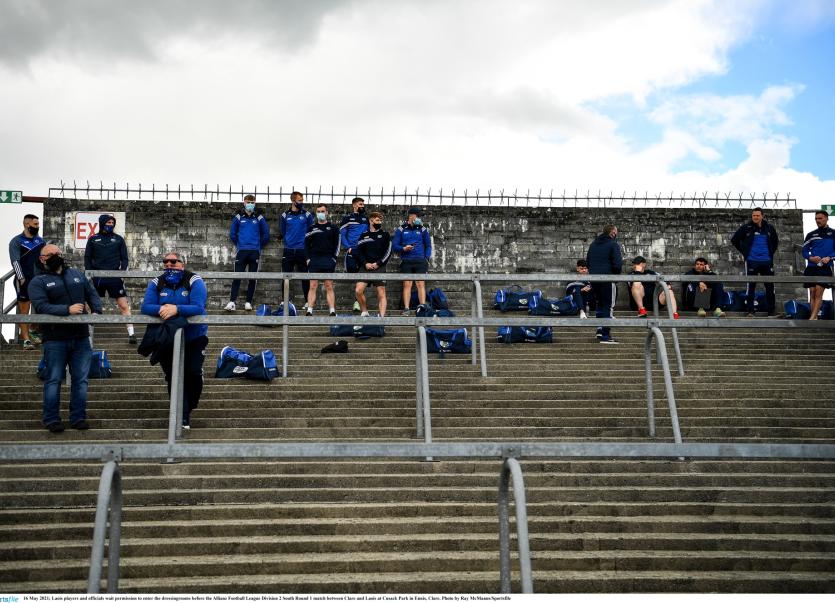 Laois were comprehensively put to the sword by Clare on Sunday afternoon as they opened their National league campaign with a defeat in Ennis.

They were beaten all ends up and Clare were full value for their win as they dominated the Laois men from start to finish. Eoin Cleary was the star of the show for the Clare men as he pulled all the strings from centre forward and finished with 10 points.

Nothing clicked for Laois as they struggled to break down an often crowded Clare defence. Clare also dominated the middle third and mopped up a huge amount of breaking ball. It's hard to be too critical of Laois seeing as they are not long back to collective training but on Sunday's showing, they have a lot of work to do if they are to find their groove in the coming weeks.

It was a slow start for Laois with Clare getting the upper hand in the early stages. Eoin Cleary and Keelan Sexton got the Munster men rolling with two early scores before Donie Kingston opened the Laois account on eight minutes.

It was a half goal chance but Kingston was at a tight angle and his effort fizzed over the bar.

While Laois were funneling players back, Clare were making hay in kicking scores from distance with midfielder Cathal O'Connor landing the pick of their early scores as they opened up a 0-5 to 0-2 lead.

Clare played with an extra defender and Laois were finding the scoring zone over-crowded as they looked to pick a few holes. Donie Kingston got his second score from a close range free as Clare held a 0-5 to 0-3 lead at the water break.

Scores were at a premium for Laois but at the other end, Clare were racking up the scores. Eoin Cleary was in free scoring form from centre forward and he floated two frees, the second a massive one with the outside of the boot.

Leading 0-7 to 0-3, things were about to get better for the Clare men. Daniel Walsh came through the middle and found the net from close range and Laois were lucky not to concede another straight after but Niall Corbet made an excellent double save to make up for his poor kickout that gave Clare the chance initially.

Eoin Cleary did nail the '45' and Laois found themselves 1-8 to 0-3 behind. Laois did make inroads into the deficit before half time with Niall Corbet landing a '45' and Donie Kingston clipping over a close range free to bring it back to a six point game at half time.

Laois did have the chances to be closer but they kicked seven wides and left three shots short into the goalkeepers hands.

In truth, Clare looked that bit sharper throughout the game and it didn't take them long to extend their advantage early doors in the second half.

Cleary added another free before with the next attack, Paul Kingston landed a point for Laois to make it a six point game again. Clare upped the ante after that and kicked the next three points to open up a nine point lead.

Gary Walsh was brought on at half time and his first piece of action was to kick a 50 yard free, off the ground, over the bar on 48 minutes before another sub, Brian Byrne finished off a good team move to make it 1-12 to 0-8 after 50 minutes.

The final 20 minutes saw Laois tire and die out of the game while Clare, probably knowing they had the job done, petered back themselves. Eoin Cleary continued to run the show and he fired over a mark and sideline ball in the closing six minutes.

Gary Walsh (free), Colm Begley and Donie Kingston did add to the Laois tally before the close of business but they were a beaten docket at that stage.

Laois now take on Cork next Saturday in Portlaoise in what will be a must win game for both teams if they are to have any hope of progressing from Division two.