Laois U20 footballers name strong 32 man panel ahead of championship 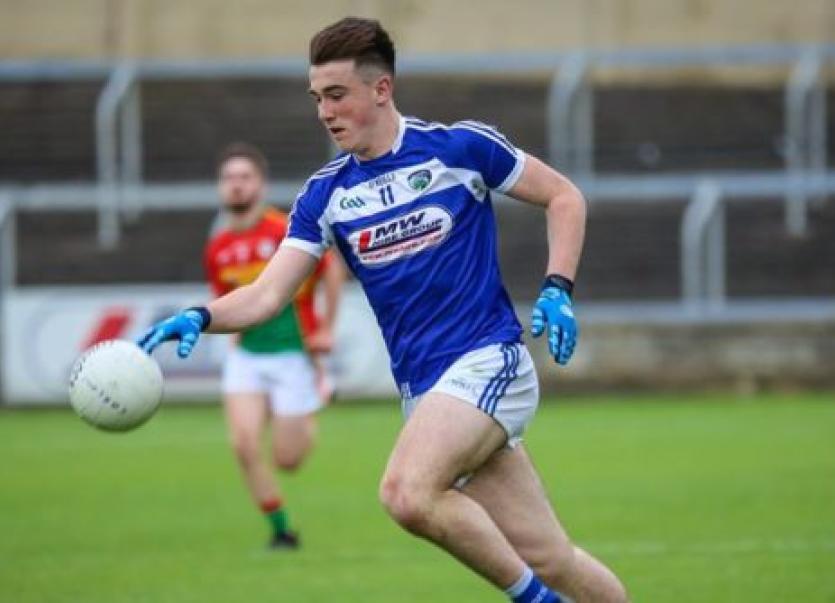 Damon Larkin will Captain the Laois U20 footballers

Laois U-20 manager and Courtwood native Eddie Kinsella has named his panel ahead of their championship opener with Wicklow.

A 32 man panel has been assembled as they look to carry on their strong showing in the grade in recent years. Portlaoise man Damon Larkin will Captain the squad while Portarlington's Cathal Bennett will act as Vice Captain.

Having got to the final in 2019 and 2020 where they were beaten by Dublin, Laois will be aiming to go one better this year but they have a tough draw away to a Wicklow side that beat Dublin when the same group with minor two years ago.

A massive 17 clubs have players on the panel with Portlaoise represented by six players. A win for Laois in the straight knockout championship will see them enter the quarter final stage on Thursday July 8.

The panel is full is as follows