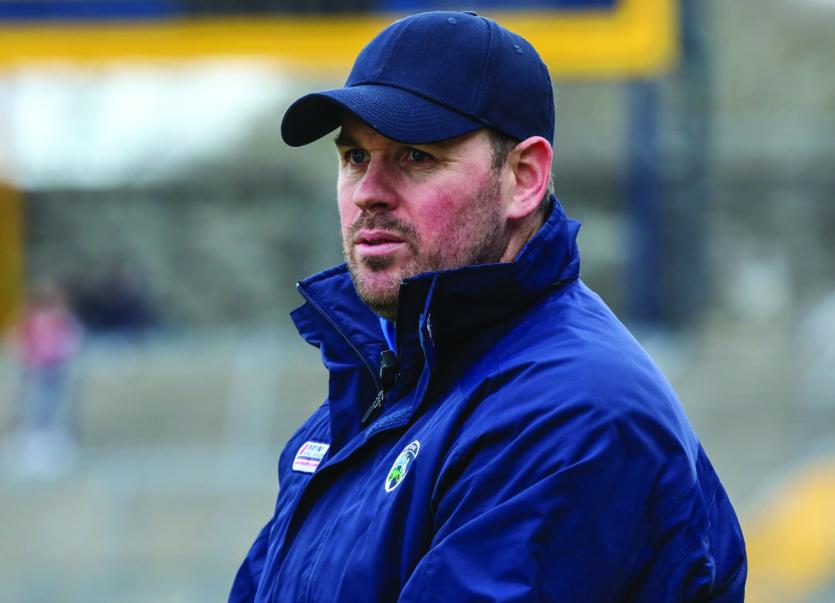 The Laois footballers will ply their trade in Division three of the National football league in 2022 after a winless league campaign came to an end on Saturday night with a 2-19 to 2-12 defeat at the hands of Down in Newry.

The relegation semi final was the latest in a line of defeats and like the game previous, they had their chances but just lacked the final finish.

It was a game there for the taking. Glorious goal chances spurned and a penalty miss were all big turning points in the game while on two separate occasions, Down were reduced to 14 men, one for a black card and the other a red.

Down started the brighter and raced into a 0-3 to 0-0 lead after just eight minutes as they picked their scores off nicely.

Donie Kingston replied with the opening score of the evening for Laois and although Down did stretch their lead to three again, Laois would strike for goal on 13 minutes.

A super move saw Donie Kingston power up the middle using his power to great effect. The Arles Killeen man found Colm Murphy who fed Evan O'Carroll and the net in Pairc Esler was rattled with Laois now level at 1-1 to 0-4.

Laois went on to lead 1-3 to 0-4 at the water break with Niall Corbet landing a '45' and Captain Kieran Lillis knocking over one of the scores of the evening. It could have been better but Down keeper Rory Burns made an excellent save to deny Evan O'Carroll a second goal.

Laois were tipping along nicely and led by a point at the break. They had Niall Corbet to thank for a superb save while points from Colm Murphy and Colm Begley saw them go in leading 1-6 to 0-8 at half time.

Down took the initiative early in the second half with Barry O'Hagan firing their opening goal of the game to take over the lead. There was drama to come though as Kieran Lillis was brought down for a penalty but Donie Kingston fired over the bar while Ryan McEvoy was sin binned for the penalty offence.

Down made light work of their numerical disadvantage and were gifted their second goal as an unlucky Laois keeper Niall Corbet fumbled the ball over the line as he went to claim a Caolan Mooney effort that dropped short.

Rory Burns was performing heroics at the other end again saving from O'Carroll. Niall Corbet landed the '45' an Eoin Lowry also registered a score but Down were keeping the scoreboard ticking over also and they led 2-11 to 1-9 with 22 minutes to go.

Laois trailed by five at the second half water break and Down then had Gerard McGovern sent off with 12 minutes to go giving Laois some hope.

Down had the answers though with man of the match Barry O'Hagan once again kicking them even further. Donie Kingston added a late consolation goal but the game was over at that stage.