Laois steamroll Roscommon as they head to All Ireland semis 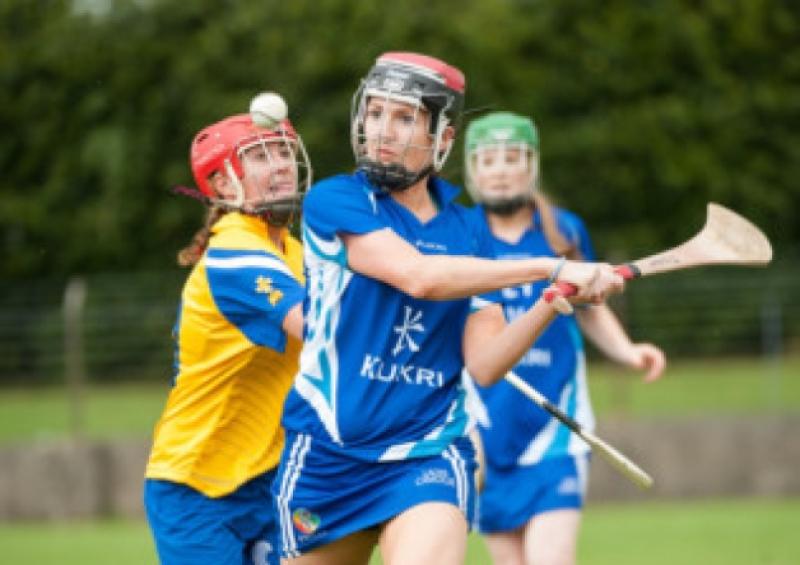 Laois rounded off the group phase of the All Ireland Premier Junior Camogie Championship with an emphatic 19 point win over Roscommon on Sunday.

Laois rounded off the group phase of the All Ireland Premier Junior Camogie Championship with an emphatic 19 point win over Roscommon on Sunday.

Free scoring at one end, Laois were watertight at the other conceding just one point in the second-half after allowing a miserly three in the first.

By half-time the game was over with Laois building a 2-8 to 0-4 lead with Olga Parkinson and captain Sarah Anne Fitzgerald finding the net. Captain Fitzgerald was in outstanding scoring form hitting 1-8 in total with 1-5 coming from play as she tormented the Roscommon backs from start to finish.

She almost gave Laois the perfect start to the game as she cut through the Roscommon defence in the opening minute but her powerful shot smashed into the crossbar and the visitors managed to clear their lines.

Roscommon opened the scoring soon after when Kelly Hopkins pointed a free but that was as good as it got for the side from the west of the Shannon as Laois took control and never relinquished it for the rest of the game.

After being denied by the woodwork with her first shot, Sarah Anne Fitzgerald was unstoppable in the next ten minutes as she scored the next five points in a row to put her side in the box seat with 12 minutes on the clock.

She almost added her sixth point soon after from a free but the ball dropped into the hands of Roscommon ‘keeper Caroline Connaughton. The net minder was put under immediate pressure and her attempted clearance was blocked. With Roscommon scrambling to clear their lines, the ball was flicked to Olga Parkinson and she made no mistake with her finish to the back of the net.

With Roscommon reeling, Laois provided what turned out to be the knock-out punch as the Sarah Anne Fitzgerald battered them with another 1-1 in the space of a minute. She burst through two would be tackles before slipping her shot under Connaughton to the back of the net.

It had been all Laois for the opening 20 minutes but Roscommon enjoyed a decent spell of pressure. After scoring a brace of points, they had a golden chance for a goal from a penalty but Laura Dunne made the save from the resulting shot.

By half-time however, Laois had seen off Roscommon’s brief revival with points from Louise Mahony and Patricia Lennon left them 11 points clear at the interval.

Any lingering hopes Roscommon may have had of mounting a comeback were expunged in the opening minutes of the second-half as Laois kept the scoreboard ticking over impressively.

Dawn Mortimer opened the scoring for the second-half before the deadly accurate Louise Mahony added two points. Eight minutes into the half, Claire Walsh slotted the ball over the bar to put 15 between the sides.

Sarah Anne Fitzgerald added to her total with a point from a free and straight from the puck out, the ball fell to Olga Parkinson and she put the ball over adding a point to her first half goal.

Laois continued to dominate and manager David Cuddy will be very pleased with how his side maintained their intensity level throughout the game.

The scores continued to come with Lizzie Ryan slotting over seven minutes from time and Sarah Anne Fitzgerald bringing her haul to an impressive 1-8. There was still time for substitute and dual star Laura Marie Maher to get her name on the scoreboard late in the game before Roscommon finally got on the score-sheet in the second-half deep in injury-time when Catriona Regan slotted the ball over the bar.