Mountrath miss out on All Ireland spot 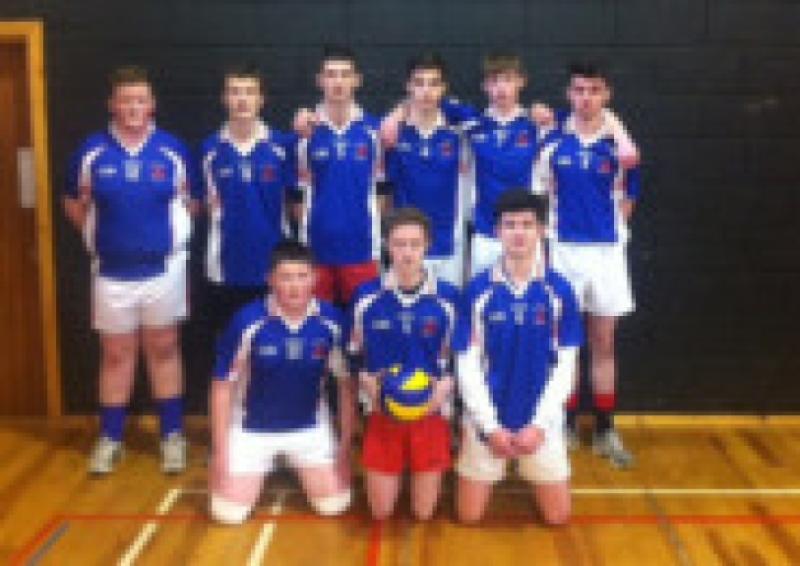 In their first game, the Mountrath lads got the better of Drumshambo by 2-0 in sets. In the first set Mountrath were somewhat tentative and nervous and some uncharacteristic mistakes made it a hard fought 27-25 win. The Laois men were much more accurate in their play in the second set with strong serving from Darragh Hiney and powerful hitting by Aaron Dunphy proving too much for the Drumshambo outfit.

This left Mountrath with a winner takes all clash with St Brigids of Loughrea. It was always going to be a close encounter and so it proved. Mountrath started the first set well with key setter Scott Jestin coming to the fore and Liam Kirwan showing great energy on the court.

Gradually Loughrea got a foothold though and managed to finish the stronger, winning 25-19. The second set was a real battle with little or nothing separating the sides. Cathal Moore and Shane Dowling became more prominent as Mountrath fought hard to keep their Final dream alive. Dunphy and Jestin showed their ability and experience as MCS tied the set at 23 points apiece.

Once again however Loughrea showed a greater level of composure and won the next two points to claim their place in the final. Hard luck to all the panel and well done on their effort throughout the year.