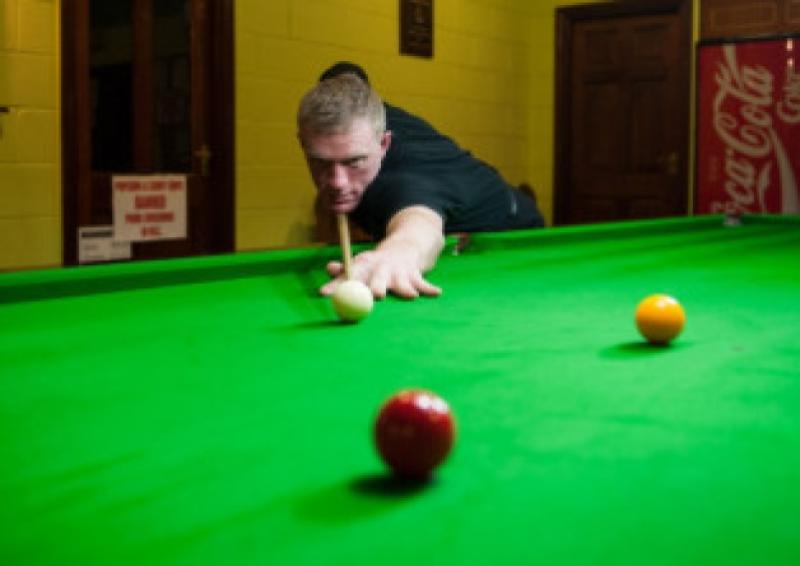 This is an annual tournament which started back in 2000, in memory of the late Joseph Thompson, who did trojan work for the old CYMS hall. He was also a top-class billiards player and won many honours for the club.

In the other semi-final Adrian Murray was conceding 250 points to Lloyd Myers, and this was also a top-class game. The Cork man was dictating matters until the 15 minute mark, when Adrian came to life. He showed his class with a break 107 to win the game by 679 to 655.

With Piltown duo Shay O’Brien and Billy Talbot up for the final, the scene was set, as Adrian Murray was going for a sixth victory in this competition, while James Bateman was going for title number three.

Adrian was conceding 200 points to James, and this was a tense game watched by sponsors Frank and Margaret Thompson, Theresa Lalor, sister of Joseph Thompson, and many club members.

Former chairman of the club John Delaney welcomed all and paid tribtute to everyone who took part in the competition, noting how nice it was to sit and watch billiards played to such a high standard. He then presented the players with their crystal trophies and prize money, as well as the prize for highest break to Adrian Murray, as the night ended with a meal in Sal’s Diner.