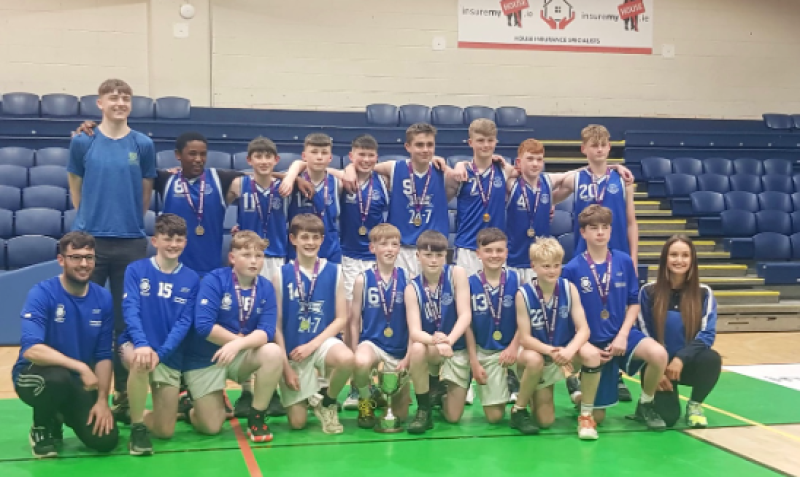 Anticipation was buzzing in the air for students of Knockbeg College ahead of the upcoming All Ireland Basketball Final on Wednesday May 4.

Mr. Denny and Ms Geoghegan trained the Basketball players vigorously, preparing them for the intense match. The wait was excruciating for students who wanted to see the 1st year basketball team secure a victory.

Students waited anxiously for the clock to hit 13:30 and head to long awaited match. Expectations were set for the team knowing they have delivered excellent victories for Knockbeg College before and never disappoint in meeting expectations.

Approximately 70 students made their way to The National Basketball arena in Dublin.

Students were greeted with the booming cheers of another basketball team; the cheers were unflagging and boosted the morale of the whole court. You could sense the excitement in the air, and it felt great to be a small part of it.

The previous match had ended, now was the long-awaited match, Knockbeg College of Carlow vs Castleisland Community College of Kerry.

The teams came in looking confident, all their training had been for this exact moment. The match whistle signalled our players into immediate action.

The pace of the first quarter was a bit slow, they were testing the waters trying to analyse the other team’s capabilities. Both teams struggling to get shots in, but this would soon change in the 2nd quarter.

The 2nd quarter had a different pace, Aodhan Bergin skilfully getting 3-point shots putting Knockbeg College in the lead.

Matthew Durojaiye striding through the opponent’s defence and completed a masterfully done layup. The opponent’s started to
pick up the pace and started to gear up in response, continuously hitting the backboard and finally getting the 2
points they needed.

Knockbeg retaliated and continued to bash through their defence and Aodhan Bergin’s shots being consistent allowed Knockbeg to gain a firm lead over Castleisland Community College.

The 1st half was over, and students were quietly confident that the team was going to secure the win and bring home the hard-earned trophy.

However, what came next was a huge surprise.

The 3rd quarter began, and it was intense between the two teams, Castleisland Community were starting to gain on Knockbeg College, however Knockbeg College were not going to give up without a fight, they retaliated back with a strong
desire for victory.

You could see the heart behind all the players. Free throws were started to pile up as the competition started to get a lot more physical.

The 4th quarter, the quarter that would decide it all. The team could not overlook their mistakes, the opponents would
capitalise on their mistakes, and this could cost them the game. Both teams went on the court with their guard fully up.

This quarter stirred some controversy between the spectators, as Aodhan Bergin was getting hardship from the other team
without any repercussion. However, Bergin did not stagger and kept moving. With the excellent defence of Rian Graham,
Jacob Curran and Zak Hernan, the team did not concede a point. With excellent assists, and fluid teamwork and strategic
coaching, Knockbeg College got 2 points.

As the court cheers went wild, the cheers were heard loud and clear. Knockbeg College did not stop even with this, they kept going. Even if the victory was delayed because of a missed call from the referee, the game went on 8 more seconds, which did not bear fruit for the other team.

The All Ireland trophy would, for now, find its home in St.Marys Knockbeg College.