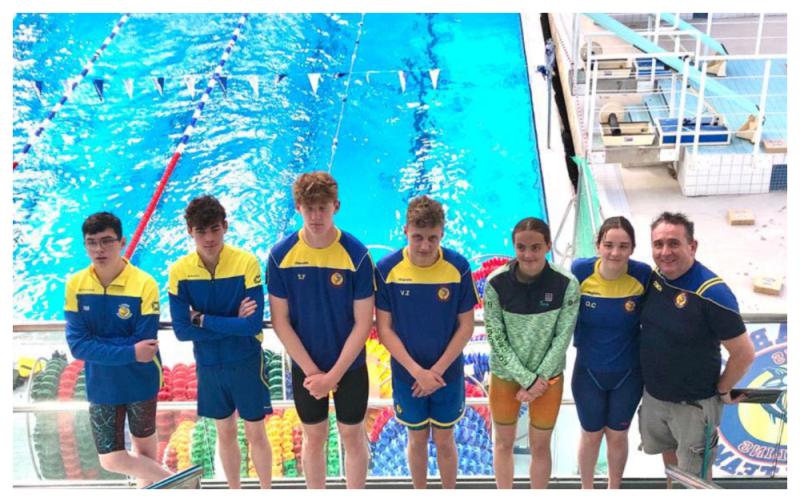 This gala is open to swimmers from within the Leinster region who achieved highly competitive qualifying times. This is a level 4 gala held in a 50-meter pool with heats for the individual events run through the day, qualifying the top 10 swimmers in each event for the finals run on the same evening. The medals are then awarded to the 3 fastest swimmers in their event. The level of athletes competing in this Championship is breathtaking with many swimmers achieving exceptionally fast times at national level.

These Young Swimmers took part in a total of 126 individual swims between them, achieving 55 Personal Bests, reaching 22 Finals, and achieving 10 Leinster Division 1 Medals.

Ignat Samuchov was second and received a silver medal for 200m Breast while Louise Harnett took a silver medal in 100m Breast and a bronze in 50m Breast. We would also like to congratulate our girls’ relay team (Louise Hartnett, Klava Hayes, Sadhbh Moore, and Katie O’Connor) for achieving second place in the 800m Free Relay.