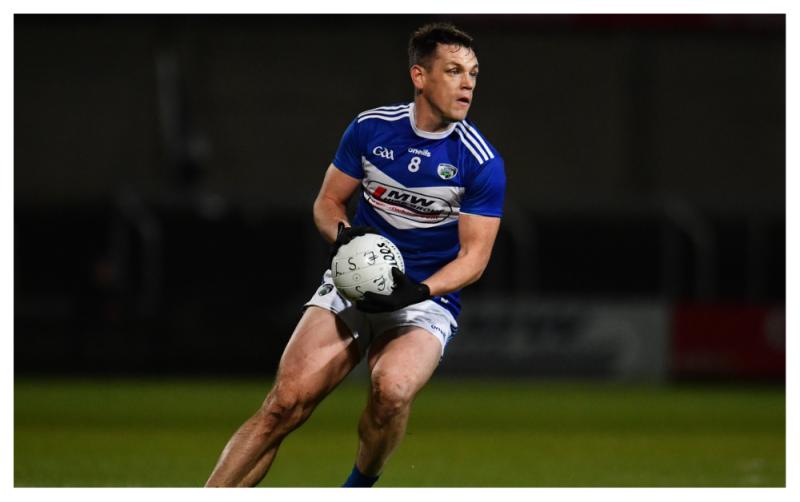 This week we had recently retired Laois midfield stalwart John O'Loughlin in for a chat. There will be a two-page spread on the interview in this week's edition. but we've decided to give our online readers a bit of a teaser for that piece.

One of the first things we discussed with John was the possibility of Laois playing in Croke Park next year without his services in midfield. John discussed that there might be an initial feeling of wanting to be involved but that ultimately, he will be happy to play the supporter’s role.

“I imagine on the morning of Laois playing in Croke Park next year, I will want to be out there. I am very at peace with my decision though. If I am itching to be out there, I don’t think it will be a lasting feeling. I’ll be looking forward to going to the match and supporting the team but I’ve no regrets at the minute. I think in life if you follow your gut instinct generally down the line it’s the right decision.

In the 2018 Leinster Final, John lined out for Laois against a Dublin side that is widely believed to be the best team that ever played the game. John talks about his mentality on the day and his drive to win his battle.

“You had to go out and enjoy playing against a peak Dublin team. It was an incredible experience to be able to play against what is perceived to be the greatest team of all time.

"But also, to represent the first Laois team that had been in a Leinster final in 11 years. We had to embrace it and have a go or we might as well have not shown up. When you’re playing against teams like that Dublin team you can say right, we’ll play everyone in our own 45 but if you do that, I don’t think you are having a go at them.

"Michael Darragh MacAuley and Brian Fenton were in midfield and I wanted to measure myself against those two lads. All I could control was to try and win or even break even in the middle of the field. That was my mentality going into the match, you have to win your battle around the pitch to give yourself the best chance of winning the match,” he said.