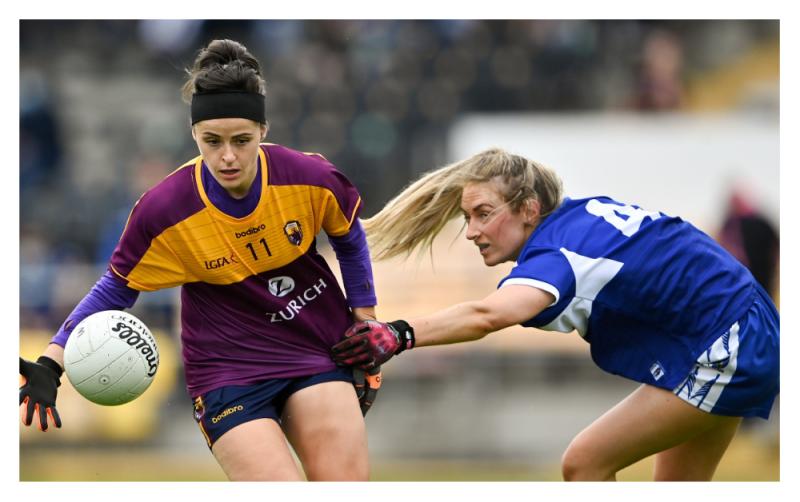 This week, we sat down with Laois Ladies captain Aimee Kelly to reflect on the huge win against Tyrone and look ahead to that big quarter-final clash against Wicklow.

The O Moore Ladies had a fantastic 8-point win against Tyrone last weekend. Laois knew before the game that they had already secured a place in the All Ireland Quarter Final. However, Aimee explains that the girls didn't get complacent and were keen to put in a good performance on the day.

"We approached the Tyrone game like any other game.  We were going in trying to win. We had good momentum built up from the Sligo game so we wanted to keep building on that. So even though we were already through to the quarter-final, we definitely were not going in with a relaxed approach."

Erone Fitzpatrick scored what could quite possibly be the goal of the season, she made a fantastic run through the middle cutting the Tyrone defense wide open. Aimee praised Erone for her pace and also the rest of the forwards for a brilliant display against the northern side.

"It was a brilliant goal, she must have passed about 10 defenders on the way through. Erone has incredible pace, She always will make a dangerous run through the middle. But yeah it was a brilliant score. There were some really good performances across the forwards. A really good display from them."

Next up for the Laois ladies is Wicklow in the Quarter Final. Aimee explained that even though they got the win over Wicklow last time the sides met, they could prove to be a tougher test this time around.

"Last time we played Wicklow we beat them by a couple of points, but based on their results in the All Ireland series against Wexford and Offaly they have definitely got stronger. We will be expecting a tough battle.

In 2020 Donie Brennan took over the role of Laois Ladies Manager. The Arles Kileen man has turned around the fortunes and Aimee talked about how his influence in getting some talented girls back playing with the team has been a key factor.

"Donie has been brilliant, A lot of girls walked away after 2019, we were going through a tough period. Donie has done a fantastic job in getting those players back into the panel. We have a really good setup at the moment. We are being looked after really well and Donie has played an important role in that."

Laois made it to the All Ireland semi-final last year, and Aimee reckons they have stepped it up another gear this year

"I think we have stepped it up from last year. we were very disappointed in our performance in that semi-final year. We are going better this year no doubt. we had a longer pre-season this year. Weve made great strides as a result in our fitness and strength and conditioning. I think that puts us in a better place this year