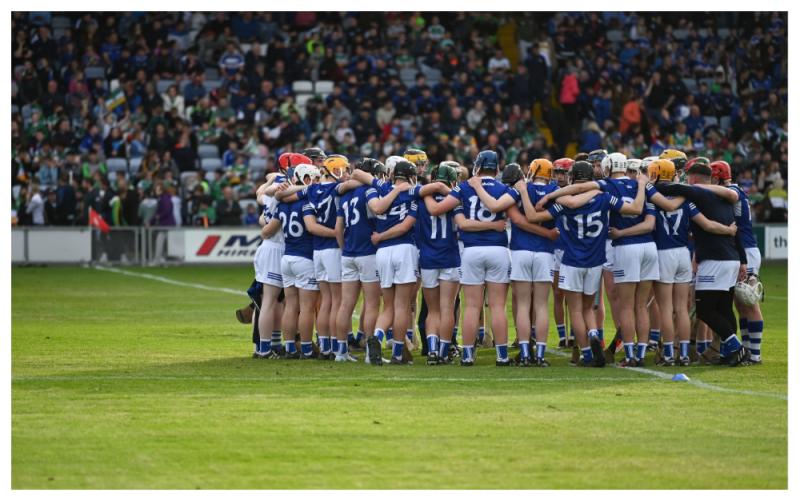 Last week we sat down with the coach in charge of the Laois Athletic Development program Jason Coffey. During the week the players who will partake in the program were picked. Jason is the current games development coach in strength and conditioning for Laois GAA. He started in an internship S&C role with Jason Ryan and the Kildare senior footballers, he then worked with the Tipperary Minor Footballers. This experience along with working externally with several clubs led Jason to his coaching role with Laois, initially as a GPO and then onto a GDA now in the area of athletic development. We wanted to find out from Jason what the program entailed and the main benefits that it will provide to the future stars of Laois GAA.

What are the main goals of the program itself?

Their stand-out goal of the program is both entailed around keeping a consistent level of S & C development in the off-season for players who may be involved with some of the county teams the following year. For example, there are lads there who may be involved with the U17 setup but need another year before they step up to the U20 team. In the past, their development level, particularly in S & C, may drop because during that period they are not getting the level of training and guidance needed when they are away from a county set up. Often it only takes the period where lads go back to their clubs for the winter for their S&C to decline due to a difference in the level of resources that some clubs may have in comparison to others. Therefore the main aim of the program is to ensure a decent level of S&C development and Knowledge for the lads before them being involved with the various county teams.

What is involved within the actual training regime or program that the lads will be undertaking?

The training program is developed around facilitating players who want to give themselves the best opportunity possible to play and excel at inter-county for Laois GAA. The players will all come in at different stages of their playing season at Intercounty and club level, some straight off the back of minor championship, some with a gap of 6-8 weeks post u20 championship, and a mix of players who may be out of Intercounty training for the past calendar year. Therefore, initially, the sessions will be developing a baseline as regards their strength levels or continuing the path our S&C coaches had the players on before exit from their respective championships with a view to progress the qualities required from a strength and power aspect and provide the players with an opportunity to progress these qualities over time. The conditioning aspects of the program will look to the Speed and Aerobic development of the players after the initial period of the program has commenced. Again this will need to be managed as players will be training to a high level within their clubs so individuality will be important in this area, where possible these sessions will be collective but also have the option for players who require some ‘top up’ work to be done remotely.

Is there any educational side to it specifically around things like burnout, injury prevention and
nutrition?

There is, We have planned Nutrition and recovery talks during the period. We are looking to educate the players on Pre & Post-training and game meals and the modalities that can be used to promote their recovery away from nutrition, such as sleep and hydration. We will have external speakers invited in to give these talks to the players with follow-up individually planned remotely online.

And just around the topic of burnout, particularly the lads at U20 might be playing with 5 or 6 teams the one year when you take into account college teams as well, is there communication with the teams outside of the Laois set up just so players are not pushing themselves too far?

There would be, but what's more beneficial to us and the players in that area is our training app RIP. We have all the underage players on the from the under the 20s right down to the under 14s. That allows us to monitor the workload and the training load of the players. The players will feed into that app with both sessions externally to the Laois setup as well as county sessions. The more information we can get off the players the better educated we can be. On top of that, an important aspect would be communicating with the players regularly in terms of how they feel and how their bodies are feeling.

This is the second year of the program; how did you find it went last year and are there any
improvements or changes that you have made?

It is yes, It is probably hard to compare both years as year 1 was all done remotely due to COVID as the players were not able to collectively train or use the facilities at the time due to lockdowns and rules around social distancing, etc. The feedback from year 1 however was positive. Of the 40 players who engaged in year 1, 19 had progressed to Football and Hurling panels and a further 8 had been invited for trials. The remainder of players from year 1 had either traveled the year or were unavailable for selection in the 2022 season so overall it was something we felt benefited the players. The obvious change this year really would be the fact we can engage with players face to face with the planned educational talks and of course, players can use the COE facilities to train at their convenience as well as the collective sessions planned.