No joy for Laois in the Leinster 60x30 Singles Handball Finals 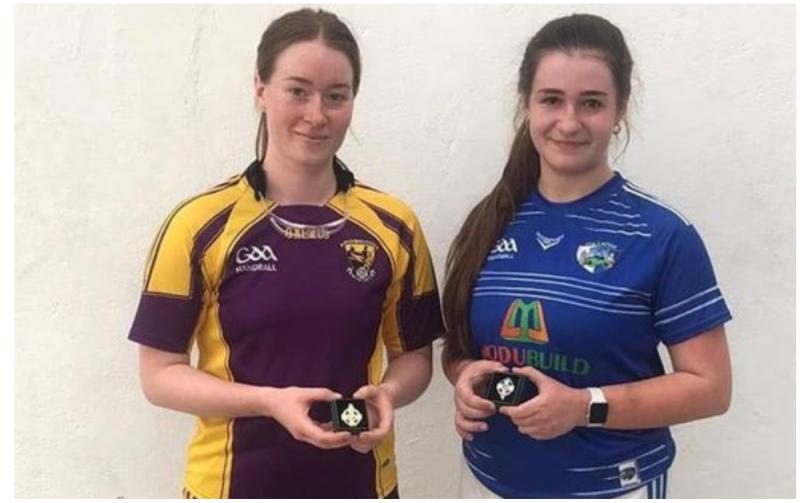 Over the last two weekends the Leinster 60x30 Handball Singles Finals were played with Laois represented in two finals. Úna Brophy of Cullohill HBC represented Laois in the Ladies Junior B Final while Tómas Lennon of St. Brigid’s, Monavea HBC won a thrilling semi-final encounter against Wexford’s Shane Terry to take his place in the Men’s Over 35B Final.

In the Ladies 60x30 Junior B Final, Úna Brophy faced a very strong opponent in Cliódhna O’Connell of Wexford. Cliódhna won the Ladies Junior B 40x20 All-Ireland title in 2020 and began this year’s 60x30 championship as a very strong favourite for All-Ireland success at this grade. Úna has had a very successful year to date in the small alley, partnering with her sister Aoife to win a Ladies 40x20 All-Ireland Junior B doubles title. However, big alley handball is a very different game to 40x20 handball and Úna’s lack of experience in the big alley was to prove telling on the day. Aoife struggled from the outset to match her more vastly experienced opponent who demonstrated all of her skillset and knowledge of big alley handball to claim a dominant 21-2 21-0 victory. Úna must be commended for her efforts though in reaching the Leinster Final as, with no 60x30 alley in Laois, it
makes training and challenging for titles in 60x30 handball all the more difficult for Laois handballers.

In the Men’s Over 35 B Leinster 60x30 Championship Final, Tómas Lennon (St. Brigid’s, Monavea HBC) was pitted against Diarmuid Brennan of Kilkenny. A close final was expected between two very accomplished players in the big alley. In the semi-finals, Tómas had defeated Shane Terry (GAA Handball Wexford) in a pulsating semi-final 21-12 13-21 11-10 while Diarmuid had overcome Laois’ Andrew Dowling (St. Brigid’s, Monavea HBC) 21-12 21-10 in his semi-final.

The first game proved a humdinger with both players showcasing their repertoire of shots with some fabulous kill shots, passing shots and serving being demonstrated. Tómas looked the more likely to win the first game but unfortunately lost the crucial aces at the very end to allow Brennan sneak the first game 21-20. The second game proved equally as close, but with both players tiring after an hour of non-stop action, it was Brennan who finished the game the stronger to win the second game 21-15.

Despite the disappointment of missing out on a Leinster 60x30 singles title, Tómas will have gained valuable 60x30 handball experience from this final. Hopefully he will be able to draw upon this experience when he partners with Andrew Dowling in the Men’s O35 B doubles championship as they aim to add the 60x30 title to the 40x20 Leinster and All-Ireland titles that they won earlier in the year.