Rounders on the up after finals 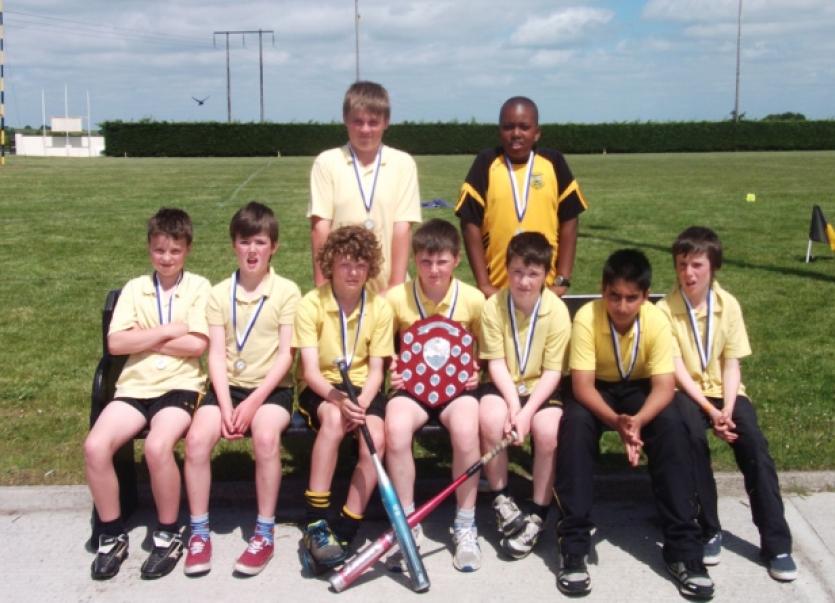 The semi-finals and finals of the 2013 Cumann na mBunscol Rounders Competitions took place at the Heath GAA Grounds recently.

The semi-finals and finals of the 2013 Cumann na mBunscol Rounders Competitions took place at the Heath GAA Grounds recently.

The top four teams from the three qualifying days gathered on The Heath, as the game continues to grow in popularity around the county. Finals were held for Mixed teams, Boys teams and Girls teams.

In the mixed competition the results were as follows:

In the girls competition Sacred Heart, Portlaoise were installed as favourites after very good displays on qualifying day. Emo claimed their second Bronze medal of the day when an 8–0 score from the first innings kept the Emo girls ahead to the end of the game. The powerful Sacred Heart girls lived up to the favourites tag and duly took home the gold medal against a gallant Killeen girl’s team who fought hard all the way.

The results were as follows:

In the boys competition the favourites The Heath got a lucky escape from a young Emo team in the semi final who seem destined for big success in the future.

In the bronze medal game, the Emo boys good performance against The Heath did them in good stead against Mountmellick. Scoil Phadraig lead 1–0 at the end of the first. The Emo boys scored six runs in the second innings to build up a winning lead and they eventually won 6-1 to claim the Bronze. Emo NS were the only school with three teams on finals day. They look to be setting down a marker for the future.

In the final, The Heath boys lived up to the favourite billing by getting the better of a Scoil Bhride team that never gave up. The Heath boys kept the scoreboard ticking scoring 5, 8 and 9 in their three innings while an outstanding display of bowling by Jay Buggy kept Scoil Bhride from scoring.

Results were as follows:

A special word of thanks to Emo and especially The Heath GAA for the use of their grounds to host the games. We also like to sincerely thank all the referees for their time and our senior All-Stars Seamus Mulhare, Paul Dooley and Tom Moore from The Heath who presented the medals on the day.