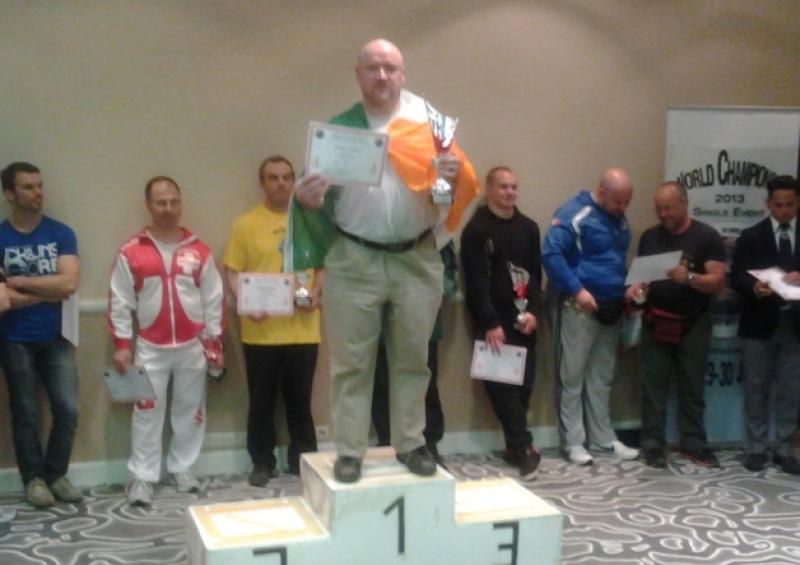 The event featured more than 500 competitors from all over the world. Nineteen lifters from Ireland were present and acquitted themselves well.

Tomás put in the heaviest Irish squat with 235kg to win his division and the first of his titles. He also won the equipped squat with 230kg and unequipped deadlift with a 250kg effort.

“The level of competition was very high from the outset and there were great lifts and battles for trophies in every division,” Thomas Coyle, President of the Irish Drug Free Powerlifting Federation (IDFPA) said.

The next international competition for Irish drug free powerlifters will be the European single lift Championships to be held in the Ukraine from September 13 to 15. Tomás Cuddihy has qualified for this competition and will be aiming to put in a good performance for Ireland.

If you would like more information on the Sport of Powerlifting in Ireland you can find the IDFPA on facebook or visit the IDFPA website www.idfpa.net