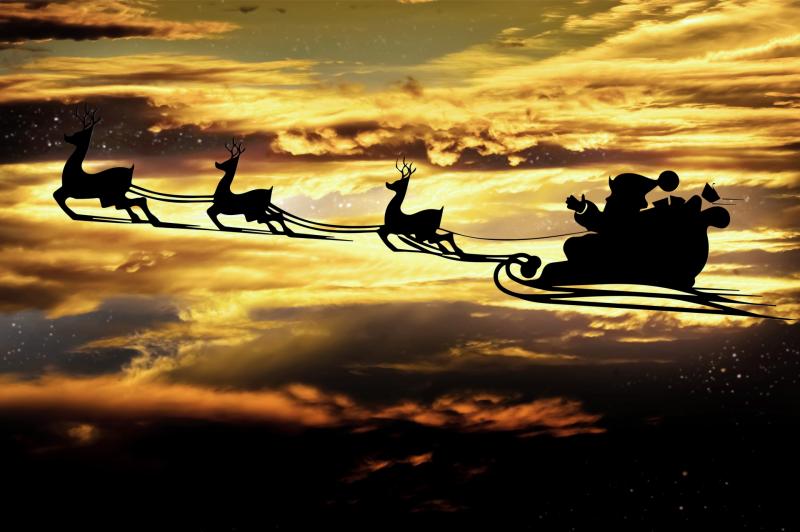 WEATHER FORECAST: Met Eireann weather forecast for Ireland for the coming week up to Christmas Day

The weather forecast for Ireland for the coming week up to Christmas Day from Met Éireann is for high pressure to continue to bring settled conditions but it will turn by December 25.

Met Éireann remains uncertain about Christmas Day but says there well be a north south split in the country on Christmas Eve when Santa, Rudolph and co will be doing the rounds.

MONDAY: A rather dull day with mist and fog gradually clearing through the morning. Whilst most areas will remain dry, patchy drizzle will persist along the south coast. Highest temperatures of 5 to 9 degrees Celsius, in a light to moderate east to southeast breeze.

Cloudy and mostly dry but there could be some patchy drizzle in Munster, with some localised mist and fog in places. Lowest temperatures of 2 to 6 degrees, coolest in the north in light to moderate southeasterly winds.

WEDNESDAY: Starting mostly cloudy while rain in the southwest will gradually extend across the country. Highest temperatures of 6 to 11 degrees in light to moderate southeasterly breezes. On Wednesday night outbreaks of rain and drizzle will continue becoming patchier as the night goes on, there is a chance that some will fall as sleet over higher ground in the north. Lowest temperatures of 3 to 8 degrees coolest in the north in moderate easterly breezes.

THURSDAY: Mostly cloudy with outbreaks of rain and drizzle in many areas through the day, falling as sleet over higher ground in Ulster. It will be cold over the northern half of the country with highest temperatures of just 4 to 8 degrees, but milder in the south with highs of 9 to 11 degrees in moderate to fresh easterly breezes. On Thursday night outbreaks of rain and drizzle continuing most persistent in Connacht and Ulster with the chance of sleet continuing in Ulster over higher ground. Lowest temperatures of 3 to 8 degrees in light to moderate east to southeast breezes.

FURTHER OUTLOOK: Current indications suggest that Christmas Eve will be a tale of two halves with northern parts remaining cold with outbreaks of rain with sleet on higher ground, further south will be milder with a mix of showers and sunny spells.

While there is still a good deal of uncertainty this far out, early indications for Christmas day suggest that it will be cold and dry with a mix of cloud and sunny spells.