Met Éireann has issued a series of warnings, including a number of Status Red warnings 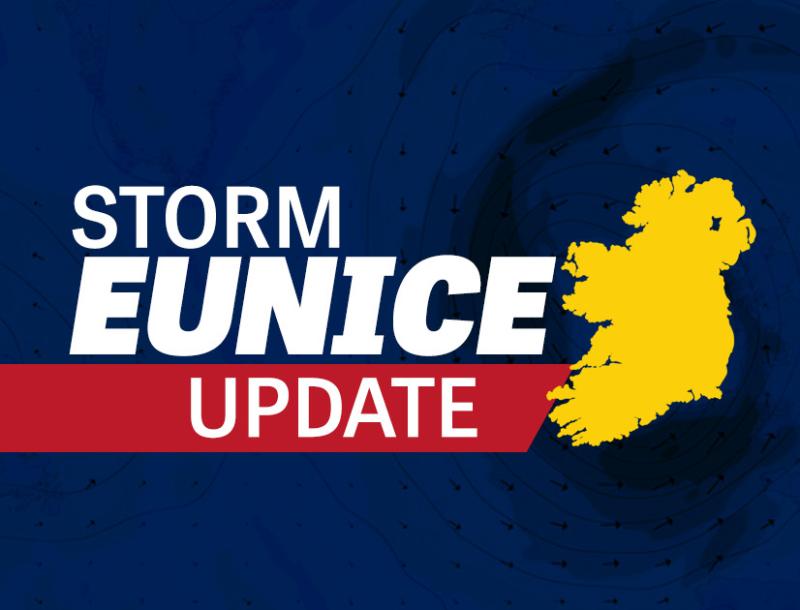 A Met Éireann meteorologist has said Storm Eunice will become a 'weather bomb' in the Atlantic overnight before making landfall in Ireland in the early hours of Friday.

Met Éireann meteorologist Bonnie Diamond described how the weather system is developing on Virgin Media television on Thursday evening, describing the sudden drop in pressure associated with Storm Eunice, a process known as a 'weather bomb.'

A number of counties have been hit with Status Red warnings from Met Éireann with strong winds, rain, sleet and snow expects to sweep across the country early on Friday.

A Status Red wind warning will be in place in Cork, Kerry and Clare from 3am to 8am on Friday morning. The same level of warning for wind will later comes into effect for Waterford from 7am to 11am.

The national forecaster has also placed a Status Orange wind warning on all of Munster, Galway, Carlow, Dublin, Kildare, Kilkenny, Laois, Offaly, Wexford and Wicklow. It will be in place from 3am to 11am on Friday.

Schools will be closed in counties under a red wind warning or orange snow warning on Friday.

Met Éireann does not expect to have to upgrade the warnings above overnight as Storm Eunice develops in the Atlantic. They have warned of major disruption and speaking on RTE News on Thursday evening, Met Éireann's Gerry Murphy reminded people in counties under a red warning not to go outdoors during the warning period.

People in orange warnings should only take journeys that are absolutely necessary while people in all counties should exercise extreme caution.