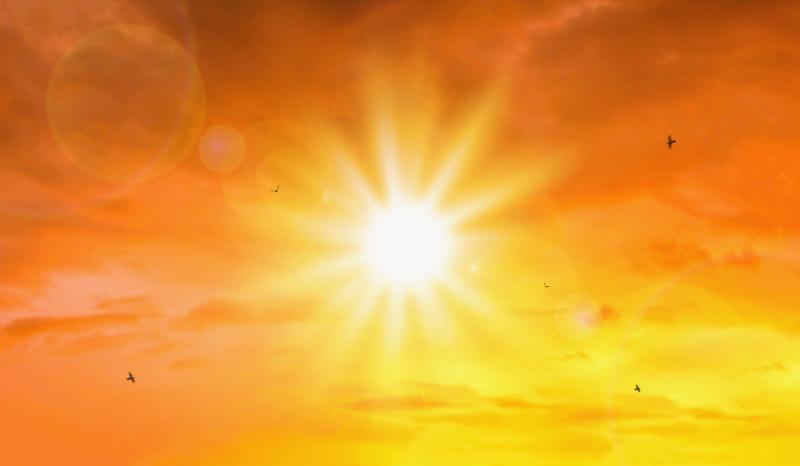 Met Éireann has issued a High Temperature Advisory for Ireland with temperatures set to soar again in the coming days,

The forecaster is cautioning that Ireland will experience a hot spell from Sunday and into early next week.

Met Éireann predicts that daytime temperatures will widely reach the high twenties, possibly exceeding 30 degrees in some locations adding that it will remain uncomfortably warm overnight too.

However the hot weather is not expected to last with Met Eireann forecasting a big change later next week. Tap the link to find out more

While there will be a good deal of cloud about up to the weekend, there will be some sunny spells too, the best of which will be in the south. ⛅️

Some outbreaks of light rain or showers at times too mostly in the N & W. ️

Wednesday: A few further showers in Ulster and Connacht this evening with some sunny intervals. Elsewhere mostly dry with sunny spells but the odd shower may drift into northern parts of Leinster and Munster this evening. Highest temperatures ranging between 16 degrees in the northwest and 22 degrees in the southeast, in a light to moderate west to northwest breeze.

Well scattered showers will continue in Ulster and Connacht tonight but elsewhere it will be dry with clear spells. A few mist patches will form also. Lowest temperatures of 8 to 11 degrees in a light westerly or variable breeze.

Thursday 14: Most areas will be dry with sunny spells tomorrow morning, although there will be a few showers in Ulster. It will generally become cloudier for the afternoon and evening and some showers will drift further south. Highest temperatures of 16 to 21 or 22 degrees, warmest in the south, in a light to moderate west to northwest wind.

Mostly cloudy with scattered showers continuing, mainly over the northern half of the country. Lowest temperatures of 11 to 14 degrees in light southwest to west or variable winds. WEEKEND WEATHER BELOW TWEET.

Ireland will experience a hot spell on Sunday and into early next week. Day time temperatures will widely reach the high 20's, may exceed 30°C in some locations

FRIDAY: Starting mostly cloudy with scattered light showers, but brightening up through the afternoon and evening with warm sunny spells. Highest temperatures of 18 to 23 degrees generally, but cooler along north facing coasts due to a light to moderate north to northwest breeze.

Dry with long clear spells and isolated mist and fog. Lowest temperatures of 8 to 12 degrees in a light and variable breeze.

SATURDAY: The morning will be dry with spells of hazy sunshine, however it will become cloudy at times during the afternoon and evening with isolated showers possible. Warm with highs of 20 to 25 degrees in a light south to southeast breeze.

Most areas dry with clear spells but staying cloudier in the northwest and north which will bring a few showers. Milder than previous nights with temperatures remaining above 12 to 15 degrees.

SUNDAY and MONDAY: Dry with hazy sunshine and light winds. Very warm or hot as temperatures widely reach the mid-twenties and possibly the high twenties in some places.