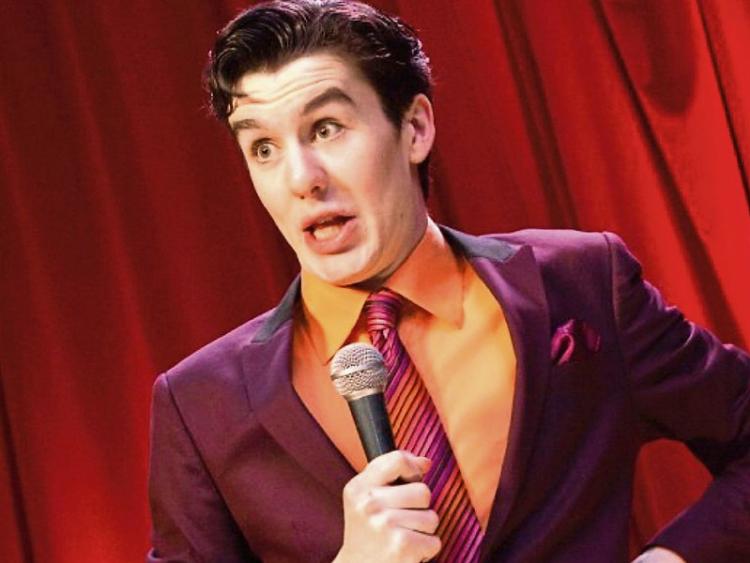 If you want to catch some of the biggest stand-up comics on the planet or simply while away a few hours in a gentle soothing fashion then the Comedy Stage at Electric Picnic is the perfect spot for you.

Nestled in the leafy backwater behind the main stage, it will play host to the largest comedy line up at any Irish festival this year.

2013 saw the peerless, Dylan Moran perform a set in front of thousands of adoring fans and was that night, crowned the ‘Comedy King of Stradbally’ and he makes a very welcome return this year. Since winning Channel 4’s ‘So You Think You’re Funny award ‘he has had huge success as both a writer and performer.

After three series of the sitcom ‘Black Books’ (which won him a Bafta award), Moran turned his back on the huge financial incentives for a further season and lay grumpy Bernard and witless assistant Mani to rest.

His film credits include ‘Shaun Of The Dead’, Run Fat Boy Run and Notting Hill amongst others.

He is soon to embark on a 20 date US tour of his critically acclaimed stand up show ‘Off The Hook’.

Despite his outwardly shambolic appearance, there is great detail in the expression of his ideas and from his abstract standpoint, truths are revealed often and hilariously.

If Dylan is the King then David O’Doherty is rightly considered to be the ‘Crown Prince’.

His latest Edinburgh sell out show ‘Big Time’ sees the DO’D as a comic at the peak of his powers.

His thoughts are brought to life with unique, eloquent and distinctively funny writing. Strong gags are mixed with more considered observational material, all punctuated with his jaunty quirky songs, accompanied on his trusty tiny keyboard.

Fresh from his recent and hugely popular Irish tour, US comic Reginald D Hunter joins the top rank of stand-up comedians working today, an act going for broke who flies in the face of received opinion in a way that is simply exhilarating. This is comedy of a rare scope.

With his fondness for innuendo, Al Porter’s frank, out-and-proud tales and occasional cutting cruelty define him as both fluffy and spiky, an irresistible combination for this young man’s inevitable rise to stardom.

The youngest comic to sell out Dublin’s iconic Vicar St, Al’s flamboyant style of comedy is sure to rock the tent to its very foundations.

Blind Boy Boat Club and Mr Chrome, collectively known as the Rubberbandits are not only one of the most hilarious and original acts to emerge in recent years, they are fast becoming very sensible voices on serious social topics especially when it comes to mental health and what they see as a lack of commitment to the issue from political parties.

Lyrically dextrous Rob Broderick and keyboard player Sam Wilcox make up the duo that is the wonderful Abandoman.

Their improvised rap schtick makes for an irresistible feel good factor, which makes the shared experience all the more potent. If you don’t emerge uplifted from their performance you never will be.

After only three years as a stand-up, Aisling Bea won the British Comedy Award for ‘Best Female TV Comedian’. As an actress she can be seen in the acclaimed BBC/Netflix drama ’The Fall’ in the next series alongside Jamie Dornan and Gillian Anderson.

Her TV work includes ‘QI (BBC), 8 Out Of 10 Cats does Countdown (ch4) and A League of their Own (Sky). In her own self-deprecating manner, she describes herself as “people have woken up to worse”.

An almost permanent fixture on Irish TV for the last decade, Belfast’s Colin Murphy has immaculate delivery, ultra- fast but never unintelligible, he has the knack of making each member of the audience feel like a friend.

Fame obsessed and socially impaired brothers, The Lords Of Strut are one of the most unique acts on the circuit today.

Aussie comic, Damian Clark infuses his routines with such energy and verve they always feel fresh and nicely absurdist. ‘Republic Of Telly’ presenter Kevin McGahern is surely the most underrated comedian in the country.

Sometime Irish Times columnist and regular contributor to Newstalk’s The Right Hook, Alison Spittle spent last year’s Electric Picnic as a roving reporter for RTÉ on the festival campsite. This year she can be seen performing at the Comedy Tent and is widely tipped for mega stardom.

Fans of the art of improvised comedy are in for a treat when the Dublin Comedy Improv troupe take to the stage and as ever Electric Picnic likes to showcase the best of the up and coming talent and Danny O’Brien, Colm Tyrell and Ashlee Bentley will no doubt relish the challenge on the biggest stage of their fledgling careers.

Add in festival stalwarts Fred Cooke, John Colleary, Joe Rooney, Patrick McDonnell, Eric Lalor, Kevin Gildea, Ian Coppinger and Karl Spain and you can see that this will be one of the most exciting line ups ever.

Keeping the whole show on the road is the man dubbed the ‘Best MC in the biz’ and your host/MC for the weekend, human dynamo Andrew Stanley.

The comedy tent runs from 1.30pm to 9pm on Saturday 3rd and Sunday 4th September.