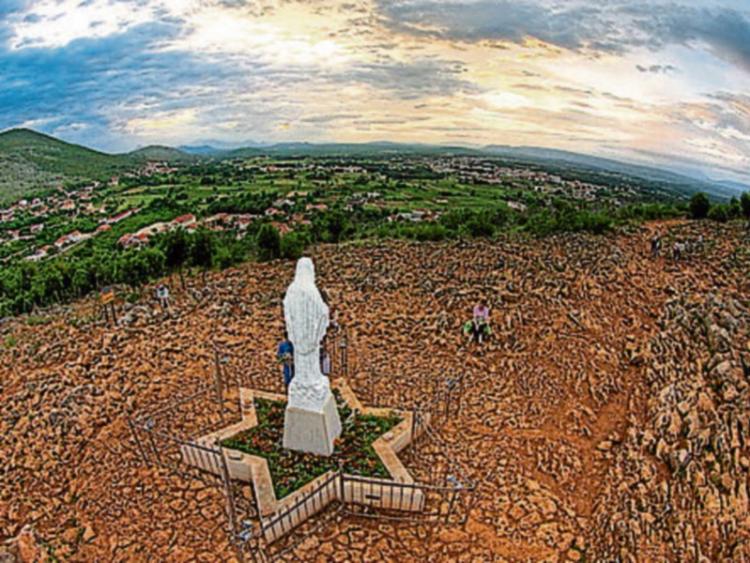 Graiguecullen Parish is inviting its parishioners and other Laois people to the special advanced screening of a new film based on the happenings at the sacred mountain side village of Medjugorje.

Apparition Hill i s the name of a new film on the village in Bosnia/Herzegovina~ where since 1981 a group of young people have claimed to have apparitions and revelations of Mary, the mother of God.

The film documents the journey of 6 unknown pilgrims, from very diverse backgrounds, having won a competition in the US to journey to Medjugorje.

It tells their story and answers some of the great questions of this spiritual oasis in a world of war, so devoid of peace.

It has received rave reviews throughout the world and now can be seen in Ireland. St. Clare’s Hospitality Food Kitchen have been given the privilege of being able to hold a special advanced screening of the film and all proceeds will go towards the work of the kitchen.

The film will be screened on Sunday, September 25 at the The Visual Arts Centre, Carlow at 3pm & 8pm. Admission €10 Tickets (Visual Arts Centre). 059 9172400. Early Booking Advised. Raffle will take place to win Trip to Medjugorje for 2 people.