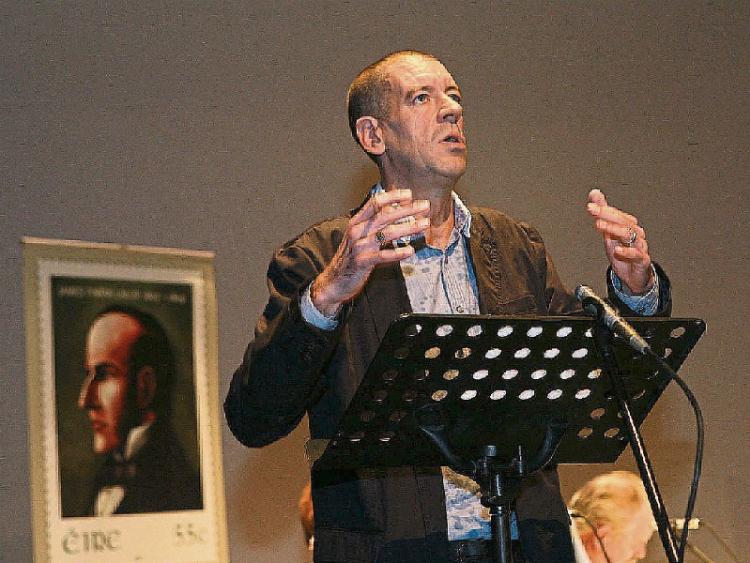 The School takes place on Friday, September 30 and Saturday, October 1.

As the programme of commemoration for the 1916 Centenary draws to a close, this year’s school will reflect on the year’s activities and consider what the future will bring for Ireland and her people.

Chair of the James Fintan Lalor School Committee Muireann Ní Chonaill said, “the programme for this year’s school reflects on where we are now, politically and artistically.”

“There are new dimensions to this year’s school, including the Hedge School debate chaired by Tommy Graham and the Soap Box events.

“Coupled with the opening artistic showcase, on Friday night, the exhibition curated by Brendon Deacy and lively debates, the weekend promises to be thought provoking and stimulating.”

An exhibition entitled “Unfettered Man of Letters” of memorabilia linking James Fintan Lalor and 1916, will be on display in the foyer of the Dunamaise Arts Centre, from September 16 (Culture Night) and throughout the weekend of the James Fintan Lalor Autumn School.

Friday night’s opening event, entitled The Journey, promises to be a rich showcase of some of the music, drama, poetry, prose and dance which featured during the year of commemoration, including a performance of a specially commissioned work entitled “Harps Rising”, written by Scottish Composer, Caitriona Mc Kay.

The Producer of the showcase is Frances Harney.

On Saturday, October 1 the debates include; 1916, what are we remembering and why?

The second panel debate is hosted by History Ireland Hedge School and is titled, “Were the ideals of the 1916 Rising subsequently betrayed?

Soap Boxes on the day will be made by Brendon Deacy and Lorraine Comer.

The 2016 James Fintan Lalor School is a weekend of interesting and compelling debates and discussions.

All the event will be held at the Dunamaise Arts Centre in Portlaoise, and full details and booking information are now online at www.dunamaise.ie.

Tickets for the events on Friday 30th September and 1 October are €10 each.