Here's to you, Paul and Art 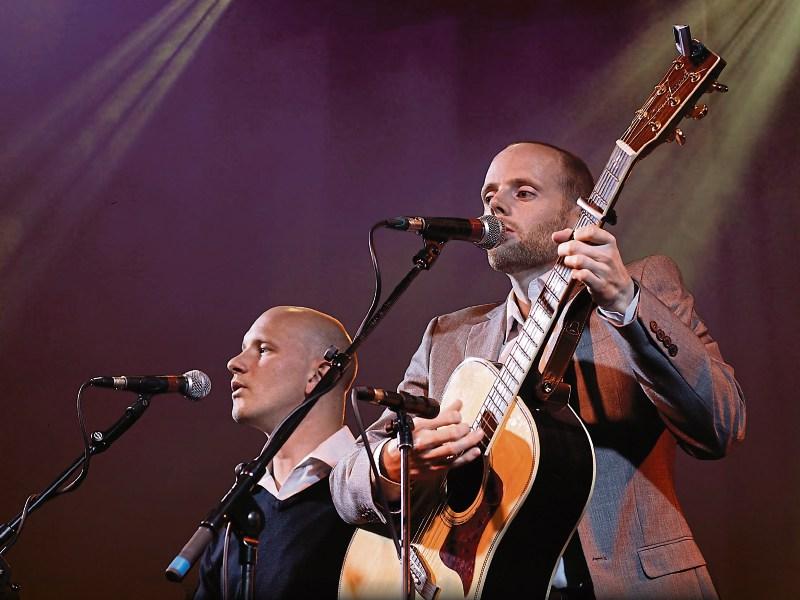 The most authentic sounding tribute to the unforgettable music of Simon & Garfunkel, 'Bookends' comes to the Dunamaise Arts Centre this weekend for a night of classic 20th century musical magic.

Bookends are Dan Haynes and Pete Richards, who effortlessly bring to life the passion and power of the great Paul Simon and Art Garfunkel in this simply breathtaking concert.

Performing in a truly captivating way, against a backdrop of images and video footage, their delicate recreation of the unmistakable sound of the American folk-rock duo is a masterpiece.

Audiences will get to hear hits such as ‘The Sound of Silence’ and ‘Mrs Robinson’, Bookends’ own beautiful rendition of the unforgettable ‘Bridge over Troubled Water’, alongside early folk gems such as the haunting ‘Sparrow’ and wonderfully poetic ‘Bleecker Street’.

This is a must for any music lover, and for all fans of Simon & Garfunkel.

Broadway Baby called the show “warm and beautiful”, while BBC Radio declared it “a masterpiece”.

“One of the greatest tribute shows anywhere in the world” was how broadcaster Stuart Cameron described it.

Bookends Live in Concert takes to the stage of the Dunamaise at 8pm this Friday, October 7.