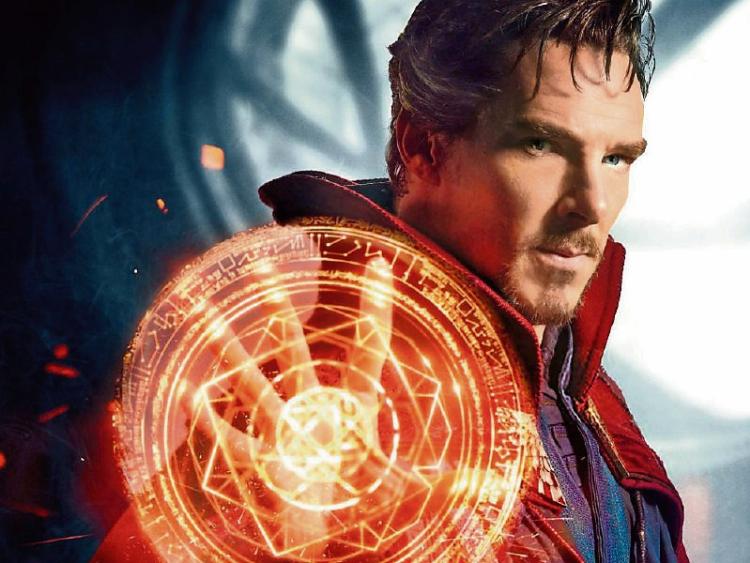 It’s the age old story: a brilliant but egotistical neurosurgeon loses the powers of his hands in an automobile accident and after seeking the tutelage of an ancient mystic learns to become the greatest magician on earth. Just another normal day in the Marvelverse.

With a twirl of his levitating cloak and a hearty dash of 2001-inspired cosmic visuals, the newest big screen superhero to step off the page of the Marvel comics is funky as an infinity gem-powered lava lamp, the haughty, high-collared Sorcerer Supreme, Doctor Stephen Strange.

But strip off the hippy trippiness and this is just another trial-by-fire origin stories about a mortal man gifted superpowers who is forced to use them to save the earth from the machinations of his evil mirror-opposite. There’s even the standard apocalyptic third act, although the formula is given a nice metaphysical twist here with a timeloop finale worthy of the original Steve Ditko-inked 1960s comics.

The safe and reliable material is elevated by pitch perfect casting: the charismatic dislikeability that has been Cumberbatch’s stock and trade ever since he first pulled on Sherlock’s deerstalker is a perfect fit for the seductively arrogant Strange; and who better than Tilda Swinton to embody a powerful ethereal entity, that perfect bone structure accentuated to otherworldly levels by virtue of a Zen master’s shining bald pate?