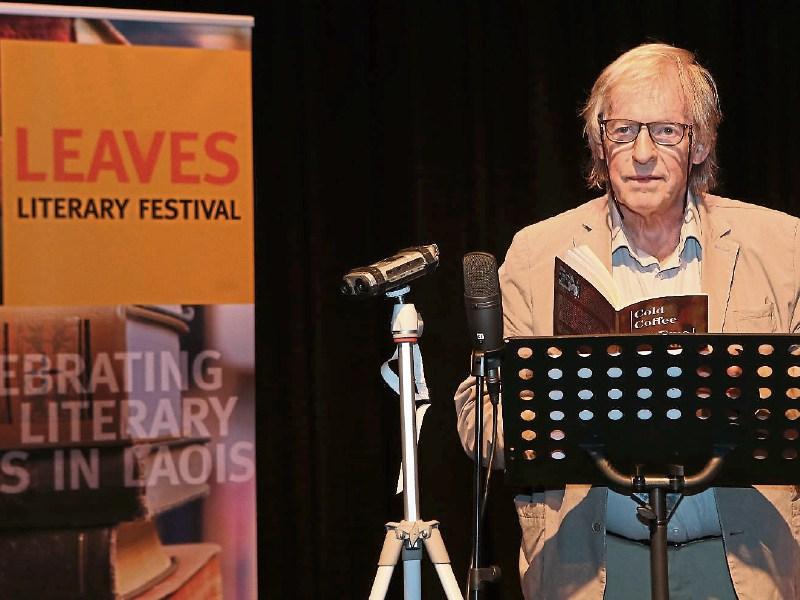 Arthur Broomfield’s poetry collection Cold Coffee at Emo Court was launched to a packed Dunamaise theatre as part of the Leaves Arts festival on Saturday last.

Dr Broomfield read from his works to a rapt audience, with favourites such as ‘Coming home from Irey’, ‘Emo Court’ and ‘I saw the minister for Agriculture French-kissing the French ambassador’ included in the collection alongside the poet’s more recent work.

Mary O’Donnell, herself a distinguished poet, described Broomfield’s poetic vision as one “which constantly questions, surprises and challenges’”.

“His work sparkles with a unique response to experience,” she said.

She spoke about the poet’s irrepressible sense of humour and how the poems are rooted in the locality.

The book will make an ideal Christmas present, she concluded.