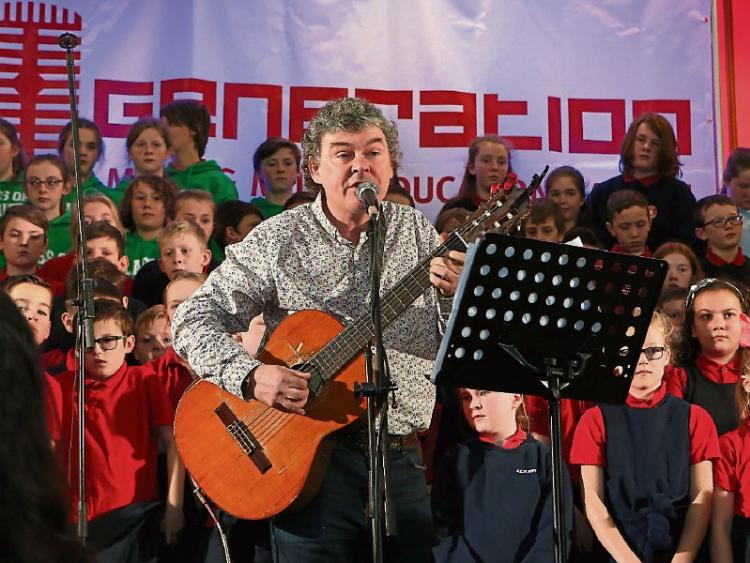 The concert, which took place in the Portlaoise Heritage Hotel, was the culmination of two months of hard work by Music Generation Laois.

National Schools across Laois, who participate in the Music Generation Laois Singing Programme, received monthly visits from the well-known musician from Cork, learning many of the ‘Irish Songs We Learned at School’ that John recorded on the album of the same name in 2008.

In addition, some of the songs associated with the 1916 Rising, including ‘Grace’ and ‘Foggy Dew’ have been included in the songs covered in this schools project.

John performed in last Thursday’s large scale concert along with Music Generation Laois singing tutor Lorna McLaughlin, and all the participating schools including a live band.

Music Generation Laois provides access to high quality performance music education to children and young people in their own area, and is funded nationally by the Department of Education and Skills through Music Generation and locally by Laois County Council (lead partner), Laois Offaly Education and Training Board and Laois Partnership Company.

For further information on the Music Generation Laois programmes, see musicgenerationlaois.ie or call 057 8664176.