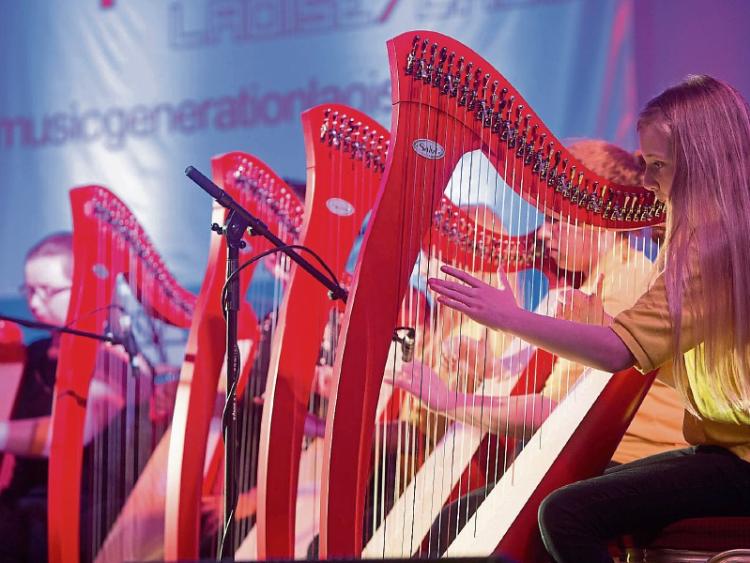 Led by former principal conductor of the RTÉ Concert Orchestra, David Brophy, ‘Avoca: A Celtic Journey’ was performed in the Great Hall of the Royal Hospital Kilmainham, Dublin, presented by Music Network to mark their 30th anniversary year as Ireland’s national music touring and development agency.

The spectacular live event was designed to acknowledge the richness of contemporary harp practice in Ireland.

Music Generation Laois coordinator Rosa Flannery said: “It was a real honour for these young musicians and for County Laois to join this very special and important event and to have the opportunity to play together with such accomplished and renowned professional musicians.

“We are so grateful to have been invited by Music Network to perform as part of the ensemble and for the young harpists involved to have been able to share their skills on a national platform in the stunning surrounds of the Royal Hospital Kilmainham. It’s an experience they’ll never forget,” she said.