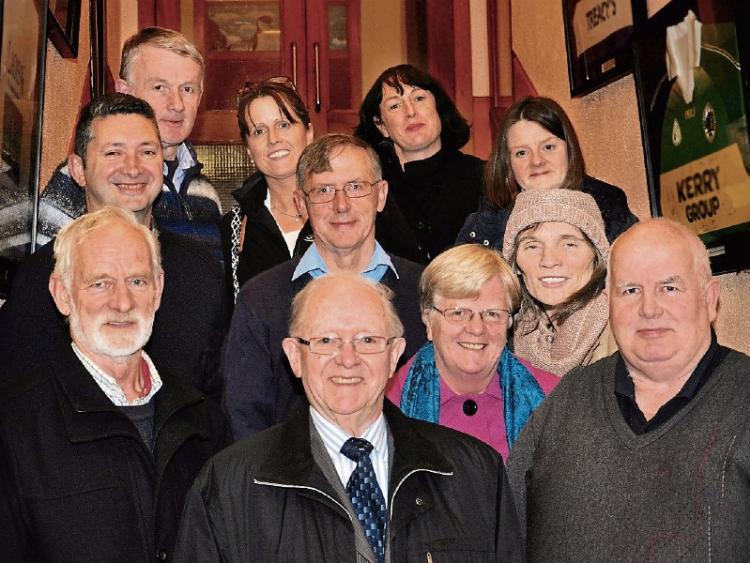 ‘In the sixty years since I came to Laois I have always admired the commitment of An Comhaltas to the native culture of Ireland’ said Donnchadh M Ó Riordáin, guest speaker at CCÉ, Port Laoise AGM recently.

Comhaltas has been providing a practical and theoretical grounding in Irish music since 1951 and an tUasal Ó Riordáin played a prominent role in Laois particularly in the early years.

Located on Borris Rd, courtesy of St Paul’s NS (now Holy Family) Portlaoise branch is one of the most comprehensive education centres in the country with eleven class streams catering for specific instruments as well as advanced group and band tuition. Being in the county town the branch has been in a position to initiate the Comhaltas Laois folk Orchestra which caters for advanced players. The Orchestra emphasizes the inclusive nature of the Comhaltas movement which aims to promote the distinctive sounds of Irish music in an enjoyable and rewarding setting.

Comhaltas should not be confused with other music teaching organisations, according to Cathaoirleach PJ Phelan.

“We specialise in traditional Irish music which allows students to participate in a very wide social experience as they mature, confident that they have acquired the authentic technique and interpretation the tradition’, he said.

The voluntary work by the officers and committee helps to minimize the cost of tuition with weekly lessons available for €5 or less. Classes are held on Tuesdays and Fridays during school term. Email cceportlaoise@gmail.com for more info.