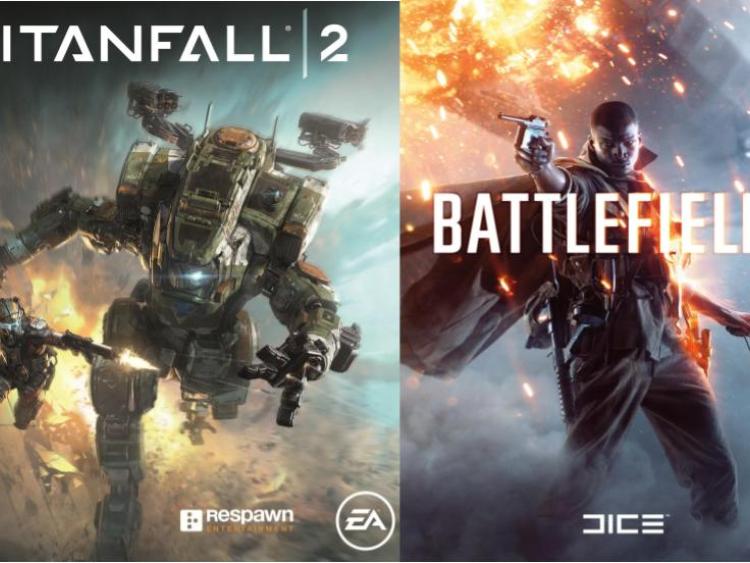 Leinster Express has teamed up with EA sports and is giving away a copy of EA Battlefield 1 and a copy of EA Titanfall 2 for X-Box One Games Console.

EA Battlefield 1
Only in Battlefield 1 will you bring a horse to a tank fight and squad-up with your allies in epic multiplayer battles with up to 64 players. Through ever-changing environments at the dawn of all-out war, no battle is ever the same.
Battlefield 1 takes you across multiple and varied locations in a bid to fight your way through immersive battles. From tight urban fights in a besieged French city, to big open spaces in the Italian Alps and frantic combats in the deserts of Arabia, discover a world at war through an adventure-filled campaign.

Featuring the first single player campaign in the series’ history, Titanfall 2 delivers a carefully crafted action-adventure experience that provides a vibrant mix of exciting, innovative gameplay that brings fresh ideas and mechanics to the shooter genre. Following a failed Militia assault on the IMC planet of Typhon, Militia rifleman Jack Cooper must team up with BT-7274, a Vanguard-class Titan, to uphold a mission they were never meant to carry out. Over the course of the campaign, Jack and BT-7274 must work together to overcome insurmountable odds, and along the way realize that they are unstoppable together.

We will pick the winner at 11am on Thursday morning December 22.