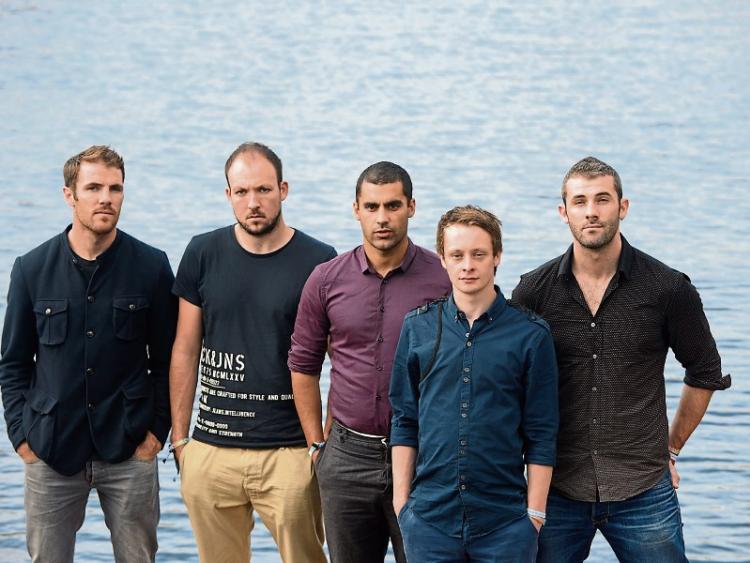 Irish acoustic folk rock band Hermitage Green will help kick off 2017 in style when they play the Dunamaise Arts Centre this Saturday, January 7.

Formed in 2010 as a result of a spontaneous jam session between friends, 2016 was Hermitage Green’s biggest year yet and there is no sign of the momentous growth for this band slowing.

After signing to Sony Records Ireland, their debut studio album ‘Save Your Soul’ was released in March to huge chart success.

It is an album that captures their confidence and talent as superb musicians, their ability as a combined creative writing force and their varied musical backgrounds.

Save your Soul showcases stadium-worthy expansive and riotous songs, while also delivering heartfelt and poetic ballads.

Hermitage Green have built a dedicated legion of fans across the globe thanks to their captivating and unforgettable live set. Their unique arrangement of instruments include bodhrán, djembe and dobro.

Coupled with rhythmic guitar lines and banjo rolls all sitting on top of a dual percussive backbone and wrapped in powerful four part harmonies, Hermitage Green offers a truly original sound that captivates and intrigues every audience member.

The show Hermitage Green have created is a fascinating one, and it is sure to hold anyone’s attention for its length.

Following the success of Save Your Soul and a string of powerful performances Hermitage Green ended the summer of 2016 by playing the main stage at The Electric Picnic.

On November 4 they played their biggest headline gig to date, taking to the stage of a sold out Olympia Theatre in Dublin.

To end the year on a high note they embarked on a nationwide tour of dates where they travelled the length and breadth of the country.

This a show not to be missed and once you experience one of their passionate, high energy live performances it will only leave you wanting more.

Hermitage Green take to the stage of the Dunamaise Arts Centre at 8pm this Saturday. One not to miss.