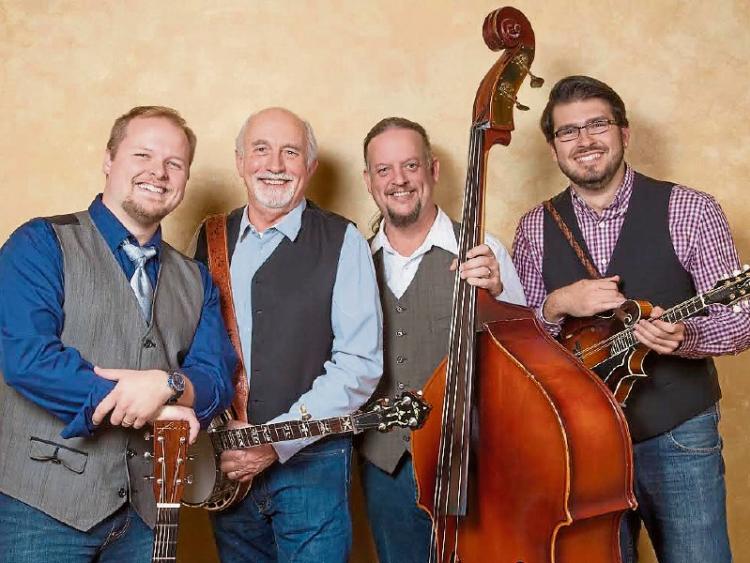 Bluegrass legends The Special Consensus return to Portarlington next week, for a night of toe-tapping music in the surroundings of the Anvil Inn.

Twenty years ago in 1997 The Special Consensus made a stop in Portarlington on their first Irish tour. Two years ago they returned to the town where they had an exceptional reception, so they asked to come back this January as part of their now biennial tour or Ireland.

Formed in the Chicago area in 1975, The Special Consensus is a four-person acoustic bluegrass band with a repertoire that features traditional bluegrass standards, original compositions by band members and professional songwriters, and songs from other musical genres performed in the bluegrass format.

They recently won the IBMA Recorded Performance of the Year Award for ‘Fireball’ from their new album ‘Long I Ride’.

The band has released 18 recordings and has appeared on numerous national public radio programs and cable television shows, including The Nashville Network and the Grand Ole Opry at the historic Ryman Auditorium in Nashville, Tennessee.

The Special Consensus has appeared in concert with many symphony orchestras nationwide and has brought an informative in-school presentation to schools nationally and internationally since 1984.

The brand new Special Consensus recording Long I Ride is available for download at www.compassrecords.com and is also available in hard copy CD format.

The Special Consensus will play in the Anvil Inn, Portarlington, next Monday, January 16, at 8pm.

Tickets are available online through www.specialc.com or from the venue.