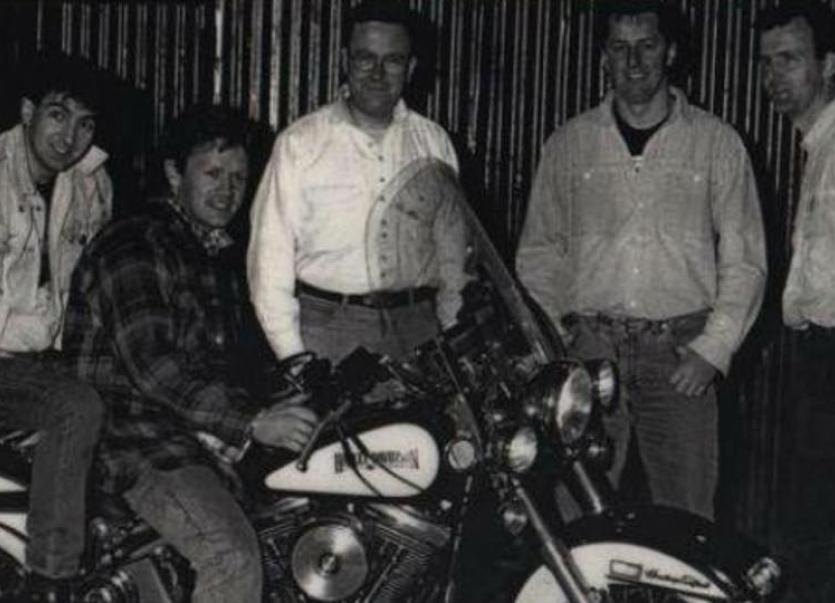 Tributes have been paid to Mountmellick musician Tony Payne who died suddenly this week.

The Mountmellick man, who was a founding member of Mountmellick band Pyramaid and later joined Portlaoise band  Strength in Numbers, died suddenly at home this week.

An security worker and former member of the defence forces, music played a big part in his life. Tony was one of the members of the 1980s rock band, Pyramid, the bass player.

The band was fronted by his brother Brian and they came to prominence when they featured successfully on an RTE talent show which was the 'X-factor' of its day.

Their home on Station Road was a haven for rock music fans and friends, who collected the latest metal and rock LPs of the day and travelled extensively to concerts and festivals.

They went on to perform a sell out gig in the Harriers in Tullamore - the venue of the day. They also featured prominently in the inaugural Mountmellick Mardi Gras line-up in 1987.

The other two members of the band at the time were Ger Horan on lead guitar and Pad Kearney on drums. Both Tony and Ger went on to play with Strength in Numbers. Ger is still am member of the Portlaoise-based group.

Strength in Numbers cancelled a gig it was due to pay to Tony as a mark of respect.

Tony will repose in Moloneys Funeral Home from 7pm on Wednesday. Recital of the rosary at 9pm. Prayers in the funeral home on Thursday morning at 11.15am.

Removal at 11.50am to St. Joseph's Church arriving for 12 noon Requiem Mass. Burial after in St. Joseph's Cemetery. House private.