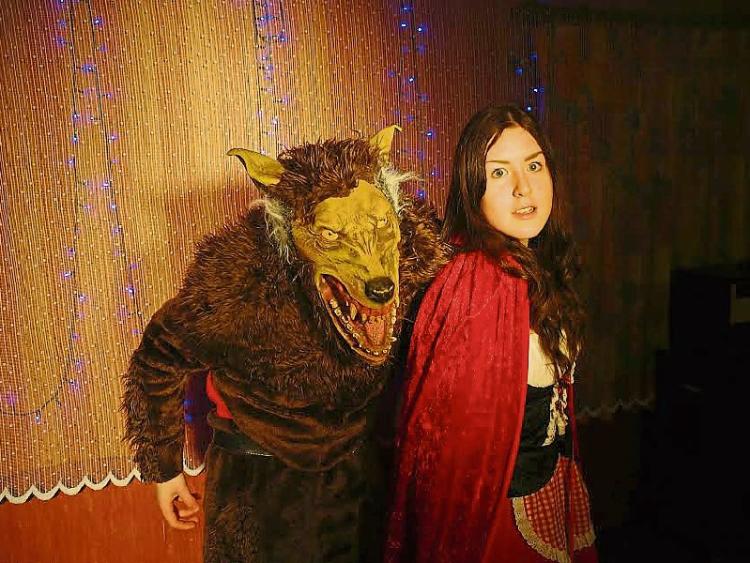 Raheen Panto group will stage their 30th Anniversary pantomime “Little Red Riding Hood” in Heywood Community School Gym this year from Thursday, January 26 to Saturday, January 28 nightly at 8pm and on Sunday, January 29 with a Matinee at 3pm.

This is made possible by kind permission of the Board of Management and Principal Mr. Philip Bowe.

The Group have been performing their annual Panto at the James Fintan Lalor Hall since 1984, but the hall is closed temporarily for essential maintenance.

Excitement is at fever pitch in Raheen as the Group put the finishing touches to this year’s production.

Producer/Director John Hosey says it is all down to an abundance of local talent which has graced the stage in Raheen year after year.

A testament to this fact is the number of the present and recent cast and chorus members currently studying Music and Theatre Studies at Third Level.

The role of Little Red Riding Hood is being played by Colette Fennell who is taking on her first lead role having played many supporting roles in recent years.

The part of Granny Grewsome or “The Dame” is being played by Aaron Sheil.

Lord Trumpaloompa, a somewhat familiar character is being played by Garry Tucker who has come all the way from Australia to play the part.

No panto would be complete without its “Comics” and the respective roles of Slap and Tickle are being played by Caoimhe O'Keeffe and Anthony Dunne.

The part of Simon is played by David McEvoy who makes his debut this year and the role of Baskerville, the dreaded Wolf is being played by Ben Barrett who takes on his second major role.

The role of the Narrators is being played by Abbey Harding, Niamh Hosey and Niamh O Sullivan.