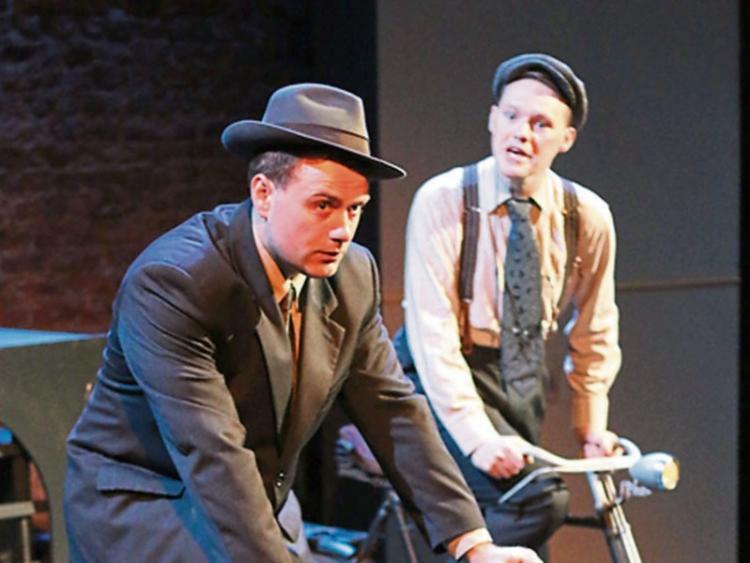 Thankfully bereft of the movie version’s Hollywood love story, The Big Fellow is a theatrically wry and dirty exploration of the life of Michael Collins, and comes to the stage of the Dunamaise Arts Centre next Friday, February 10.

Based on Frank O'Connor's biography of Michael Collins, this is an imaginative and entertaining piece of non-stop, high-energy theatre, from the action-packed opening images to the gripping conclusion.

Follow the life and times of Michael Collins, as he graduates from masterminding the most daredevil raids, prison breaks and escapades of the War of Independence to commanding the official army of a newly-formed state.

Greatness did indeed follow Collins, but so too did division, torment and tragedy.

This production contains strong language and simulated gunfire, and is suitable for ages 13+.

From a script developed with support from The Abbey Theatre Literary Department, co-produced with Drogheda Arts Festival 2016, financially supported by Create Louth.