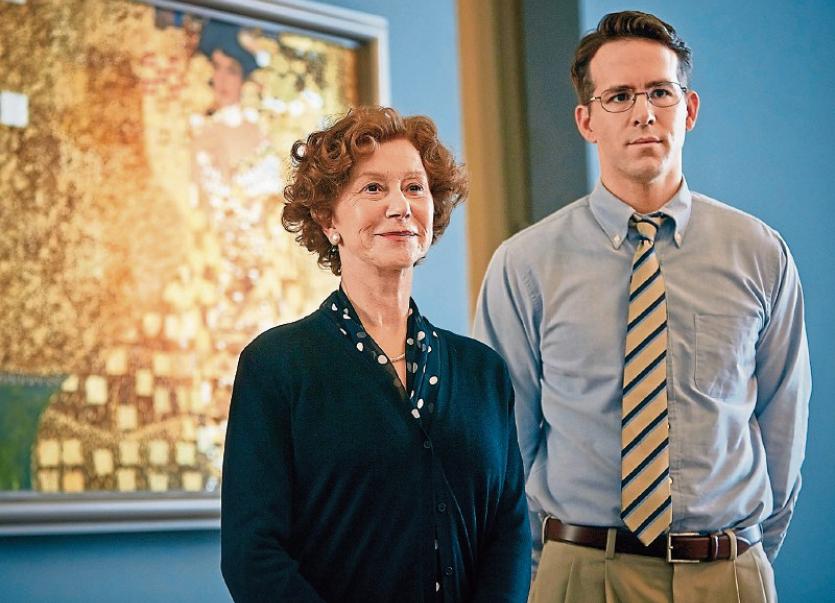 ‘Woman in Gold’ is next week’s big screen offering from the Dunamaise Arts Centre, a remarkable story of one woman’s real-life journey to reclaim her heritage and seek restitution.

Maria Altmann (Helen Mirren) is a Jewish refugee who fled Vienna during World War II. Together with her inexperienced but plucky young lawyer (Ryan Reynolds) she takes on the Austrian government 60 years later in order to recover a famous portrait by Gustav Klimt, which she believes rightfully belongs to her family.

The film screens at 11am next Tuesday, February 7.