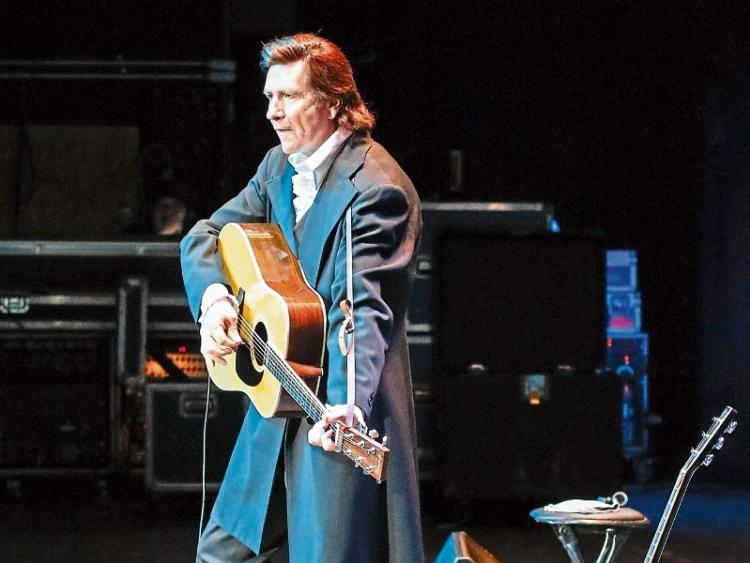 What better way to enjoy Valentine’s night than with the music of one of the 20th century’s greatest icons, when ‘The Man in Black - A Tribute to Johnny Cash’ comes to the Dunamaise Arts Centre this week.

The show features Terry Lee Goffee and his band, singing like Johnny, looking like Johnny and performing just like the great man, with energy, charisma and vitality.

Without doubt, the top Johnny Cash tribute artist in the US, performing internationally to packed houses and great acclaim and with lavish praise from the Cash family.

“The show is great, my brother would be proud,” said Tommy Cash, while Joanne Cash praised Terry Lee Goffee with the words: “A wonderful show, I would recommend it to anyone. You don't impersonate my brother, you pay tribute with honor.”

And Bonnie Sugarman, one of the senior vice-presidents at Agency For The Performing Arts, with whom Johnny Cash was signed for 34 years, said: “Terry had it down, the moves, the sound, the look, everything.”

This is a not-to-be-missed night, celebrating the power of The Man in Black.

The show comes to the Dunamaise this Tuesday, February 14 , at 8pm.