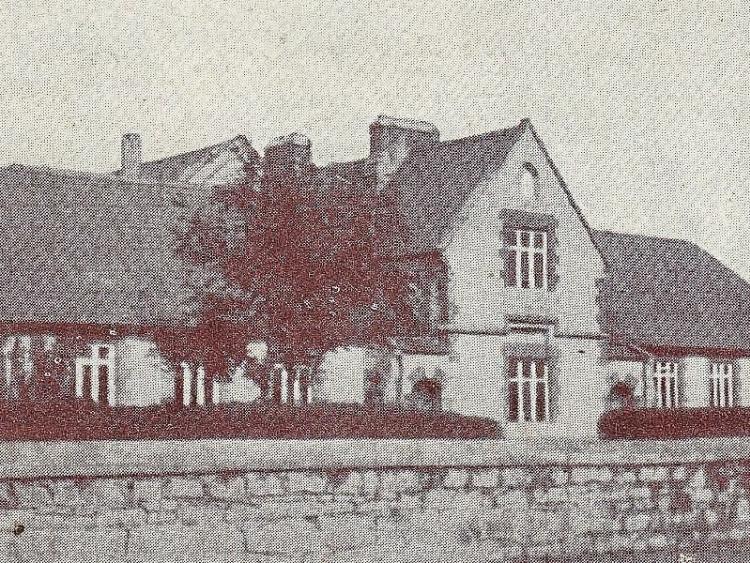 In the year 1780 the Patriot MP Henry Grattan was given the princely sum of £50,000 by the Irish house of commons “in testimony of the gratitude of this nation for his eminent and unequalled services to this kingdom.”

With the aid of this money he was able to purchase from Lord Sydney Cosby the considerable tract of land stretching from Inch, near Stradbally, to the river Barrow, and which became known as the Moyanna estate; it included the area which would become the village of Vicarstown.

He did much work to make this estate a more profitable concern and also to make it more attractive by the planting of trees and other improvements.

In the early 1790s he was also very helpful in facilitating the creation of the Grand canal when it passed through the estate, which in turn led to the growth of Vicarstown into the village that it later became. It is in fact the only village on the canal in Laois.

He had two sons, James and Henry, both of whom went on to become MPs, with the latter inheriting the Moyanna estate.

Henry junior had no sons so the estate eventually passed to his daughter Pauline who, in 1858, married Thomas Arthur Bellew of Mount Bellew, Co. Galway. Unfortunately he died some five years later leaving her with two children and in possession of the estate.

Some few years later she decided to build a school in Vicarstown to educate the children of her tenants.

The foundation stone for the building was laid in May 1867 by her son Sir Henry Christopher, who was not quite seven at the time.

It is said that the building cost £900 and certainly work progressed very rapidly as it was opened for business the following year.

Designed by the architect Charles Geoghegan and described by Sean Rothery in The Buildings of Ireland as “a grand piece of architecture” he goes on to say that “the designer here triumphantly solved the usual problem of twin entrances and twin classrooms by the bold device of creating a dominant centrepiece to concentrate attention, the classrooms then appearing as simple supporting wings,”

The National Inventory defines it as a “detached nine-bay single and two-story building”, the two-story part being the “centrepiece” which was in fact the living quarters for the headmaster, who was aided and assisted by one other teacher, usually female.

It remained open as a school until 1967 when the Department of Education, in their wisdom, decided that the pupils should be transferred to Stradbally school.

A local attempt was made to keep the school open, but this foundered after about a year, so that almost exactly 100 years after it opened its doors it ceased to function as a centre of education.

Since then it has gone through many permutations of usage and neglect, but it is now a listed building, and rightly so, as it is one of the most charming pieces of architecture in the county.

But it is not just a pretty building which is much loved by the local community as it is also in constant use by them as a social centre.

Week in, week out, there are GAA meetings, IFA meetings, Active Retirement socials, card games and last year, for the first time ever, it was used for a book launch. And once every so often it comes into national importance as a poling booth.

Though structurally the building is now in very good condition, needless to say all this activity causes wear and tear with constant need for up-keep; there is also much restoration work to be done to get it back to its original state.

So as part of a campaign to raise some finance for these restoration works the Old School Committee are having an Antique Roadshow in the building on Sunday, February 19 from 2 to 4 pm.

Experts from Sheppards famous Auction house in Durrow will be in attendance to do valuations. So bring along anything you may be curious about, and who knows, that “thing” you have had in the attic for years may turn out to be worth a fortune !