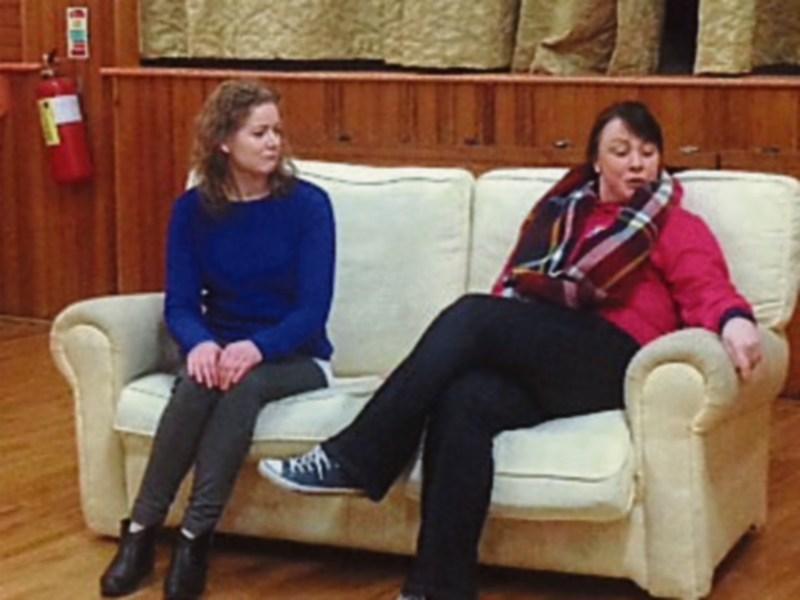 Laois Open Door Theatre is delighted to bring a weekend of laughter, music, ceol and craic next weekend at various locations throughout the county and is also helping to fundraise for various groups and charities within Laois.

Laughter is good for the mind and body and your are guaranteed a night of side splitting laughter with two hilarious one-act plays : 'For the Love of Norman' and 'Babysitting Calvin', together with some music and song.

The theatre group decided to deviate from the traditional three-act play and concentrate on two one-act plays together with song and music.

This is to provide an opportunity for the many new members that have joined the group this year.

'For the Love of Norman' by Kay Jordan tells the story of Mrs Grant-Williams, the grand old lady who has formed a dubious relationship with the dashing young man much to the alarm of her family. Come see and hear the “dire” consequences.

The second play, 'Babysitting Calvin' by John A Newweir is a hilarious comedy about a man reincarnated as a baby who attempts to disrupt a date between his late and erstwhile friend Laura, who has brought along her “sex-mad” friend Bob.

This year the group is joined by Comhaltas, the GAA, Portlaoise College and the Alzheimers Society to raise funds.

Between the plays there will be musical interludes adding to the light hearted mood by Comhaltas, Tommie O’Brien, Colm O’Toole and many more. Finally, there will be a cup of tea and a chat to complete the evening.

Open Door Theatre says it now has among its dedicated and experienced members many new and enthusiastic young faces which will add to the dynamism of the group and allows them to take on many more challenging productions.

The show times are as follows:

All shows start at 8pm.

This is a very exciting time for the group which welcomes all ages.

This year they were delighted to welcome many new members who are looking forward to big shows.