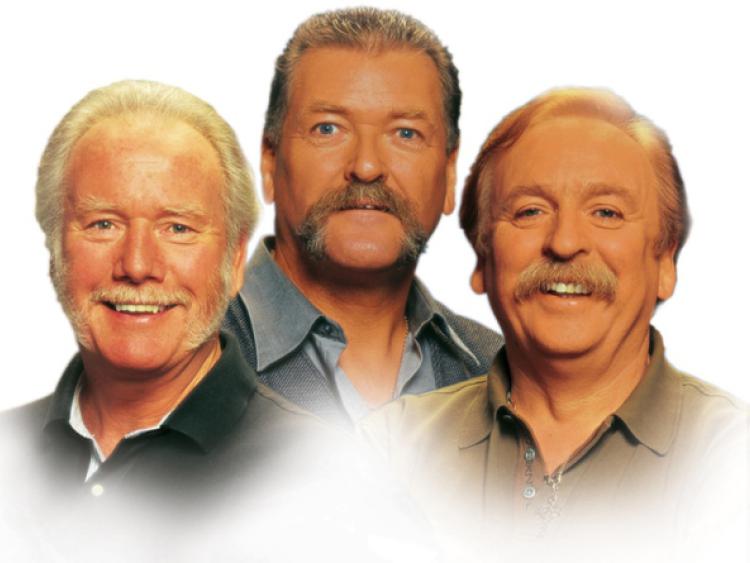 Iconic balladeers, The Wolfe Tones, return to The Heritage Hotel, Portlaoise, at Easter weekend in what promises to be another unique and memorable performance.

Now in an unbelievable 54th year on the road, The Wolfe Tones continue to pack out venues worldwide, and their Portlaoise performance will be no exception.

The Wolfe Tones are one of Ireland’s most iconic and loved groups, and anyone who witnessed their special 1916 Commemorative show will understand why this group continue to enthral audiences wherever they perform.

Emerging from the ballad boom of the early 1960’s, The Wolfe Tones started out on a career which has taken them to the heights of not just Irish, but international entertainment.  After 54 years on the road, the performance of arguably Ireland’s greatest ballad singer, Tommy Byrne, will once again be a memorable experience - Joe McDonnell, Kevin Barry, The Ballad of James Connolly, Grace, Streets of New York, as well as many more ballads, will provide a not to be missed Wolfe Tones experience.

For the occasion of the 1916 100th Anniversary commemorations, prolific Wolfe Tones' songwriter, Brian Warfield, composed five new ballads in remembrance of 1916.  Along with ballads such as 'Padraic Pearse', 'James Connolly' and 'Grace', this Portlaoise performance will also link the events of 101 years ago to some of The Wolfe Tones famous ballads from the past 54 years.

Given the demand to attend the previous Portlaoise appearance in 2015, early booking for this Easter Saturday show is highly recommended.

Tickets, priced €30, are available from the Heritage Hotel reception or directly online from www.tonestickets.com.  Don’t miss the chance to see true legends of Irish music at the Heritage Hotel, Portlaoise, on Easter Saturday, 15th April, 9PM.