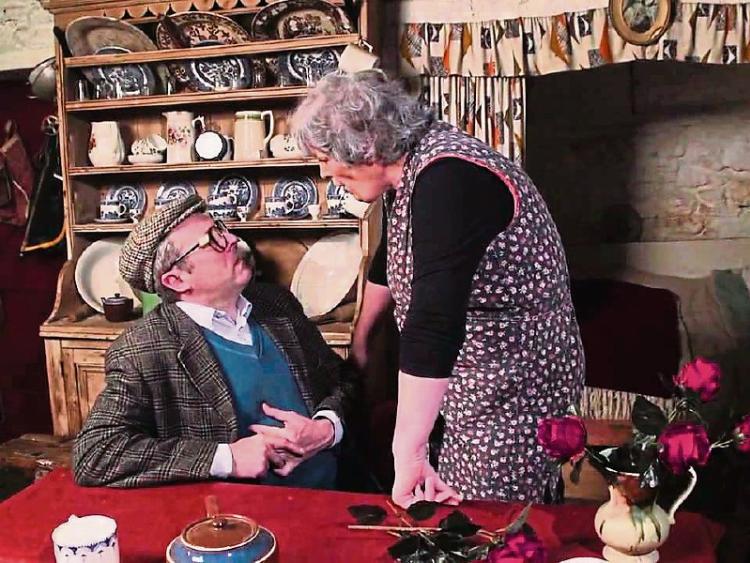 Madge Molloy has become a hard, disgruntled woman. Her husband, Tom, “disappeared” forty years ago, leaving her to rear their baby daughter, Maura.

The arrival of a new curate to the County Clare parish, closely followed by the “re-appeared” Tom, sets the scene for a comedy that will have audiences rolling in the aisles.

Written by Tommy Marron, this tonic of laughter is one that all fans of comedy theatre will not want to miss.

“This show has resemblances of Fr Ted and Mrs Doyle,” praised the Connaught Tribune.

Tickets are still available priced €15 and on sale from the box office, telephone 057 8663355 or go online at www.dunamaise.ie.