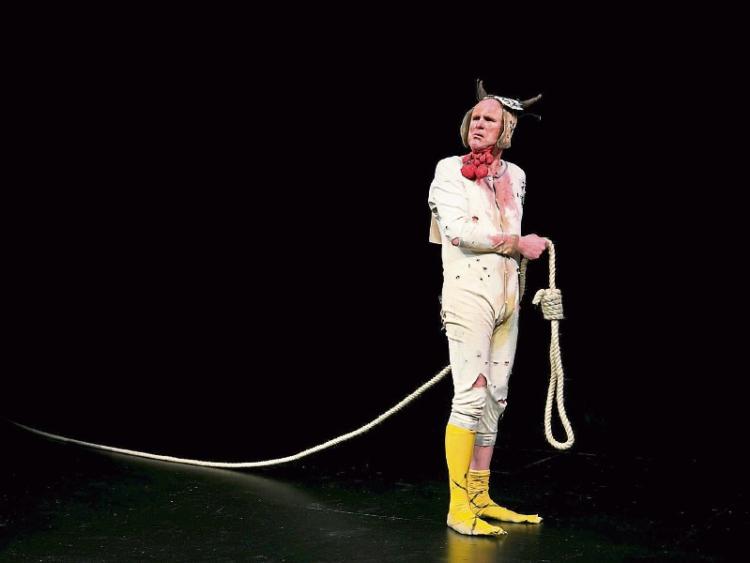 Multi-award-winning playwright and performer Tim Crouch re-imagines Twelfth Night in ‘I, Malvolio’, his brilliant one-man show, telling the story from the loser’s perspective, which comes to the Dunamaise Arts Centre next week.

I, Malvolio is the playful story of Twelfth Night cleverly disguised as riotous rude fun. Through a highly-charged and hilarious rant, Malvolio will draw audiences into Shakespeare’s play. Children and young teenagers will delight in this tale of lost dignity, practical jokes and bullying.

Tim Crouch is a multi-award winning playwright and performer living in the UK. His work has played in theatres and at festivals around the world.

I, Malvolio is the fourth of Tim Crouch's solo Shakespeare plays for young audiences. The series, commissioned by Brighton Festival, started in 2003 with I, Caliban. I, Peaseblossom and I, Banquo followed, with subsequent runs in London, Dublin and New York City. He has since written I, Cinna (The Poet) for the RSC which was filmed and live-streamed to every school in the UK.

I, Malvolio comes to the stage of the Dunamaise next Thursday, May 4, at 8pm. Tickets are priced €16.