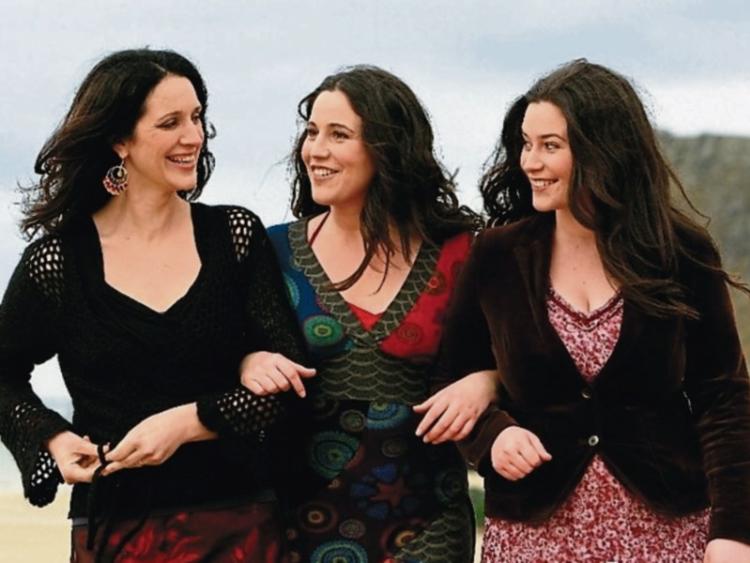 Irish folk and roots group, The Henry Girls are set to bring their multi-instrumentalist sound to Portlaoise this week.

Donegal has a reputation for having music as beautiful as its awe-inspiring landscape - and The Henry Girls are part of the proof.

The Henry Girls often sing in harmony and their sound has been described as a mix of traditional Irish folk music and Americana.

They have also contributed backup vocals to Mary Black's album Stories from the Steeples.

Sisters Karen, Lorna and Joleen McLaughlin make music that will give you goosebumps and will bring their magical musical sounds to the Dunamaise on Saturday May 6 at 8pm.

The very classic and traditional folk sound is given an edge with Americana, bluegrass and blues sounds, received to huge acclaim on both sides of the Atlantic.

See them live and drift away with celtic harmonies, folkish melodies, and a dollop of that world-famous organic Donegal style.

Their new album, Far Beyond The Stars is out now.

Tickets are €15 and on sale now from the Dunamaise box office, telephone 057 8663355 or go online www.dunamaise.ie

For more on The Henry Girls visit the sisters' official website at www.TheHenryGirls.com.