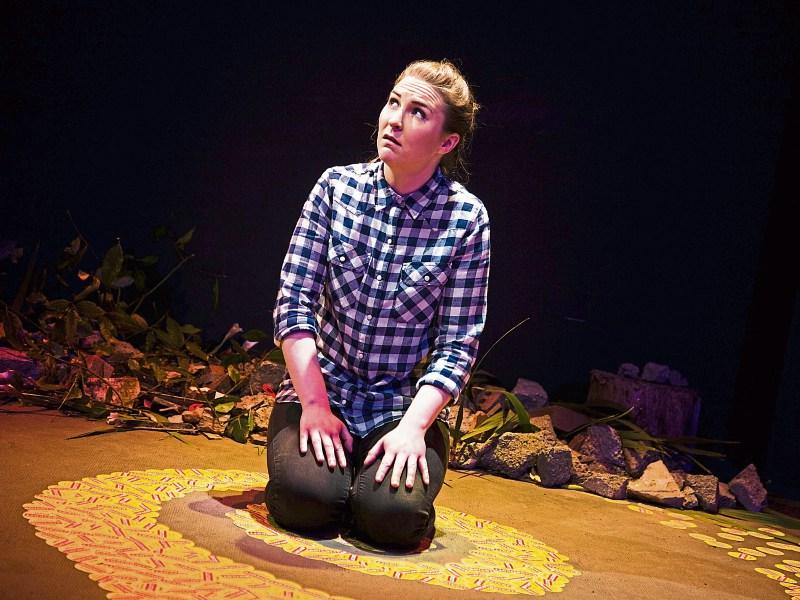 A magic realist journey into the stories and struggles of Palestine, past, present and future, comes to the Dunamaise Arts Centre this month.

From a dull day in Tesco to the dusty fields of Palestine. A rainy day in Dublin. A jaded supermarket employee rips a boycott sticker off a bottle of olive oil. And the Palestinian olive tree of history comes to life before her...

Katie O'Kelly has been working as a professional playwright and actor for the past seven years.

She most recently premiered her adaptation of James Joyce’s Dubliners short stories, Dubliners Women, at the New Theatre and is planning a tour for later in 2017.

In 2016, she wrote and performed her solo play about Palestine, The Olive Tree, premiering in the New Theatre and then touring to the HIFA Festival, Zimbabwe.

As an actor, she performed multiple roles in the critically acclaimed A Portrait of the Artist as a Young Man (The New Theatre) directed by Jimmy Fay, as well as touring to Paris and the Celtic Festival in Wales and undertaking two national tours.

She is one of the organisers of PalFest Ireland, an arts festival organised by Irish Artists in solidarity with the people of Palestine.

The Olive Tree, directed by Davey Kelleher, comes to the Dunamaise Arts Centre on Thursday, May 18, at 8pm.