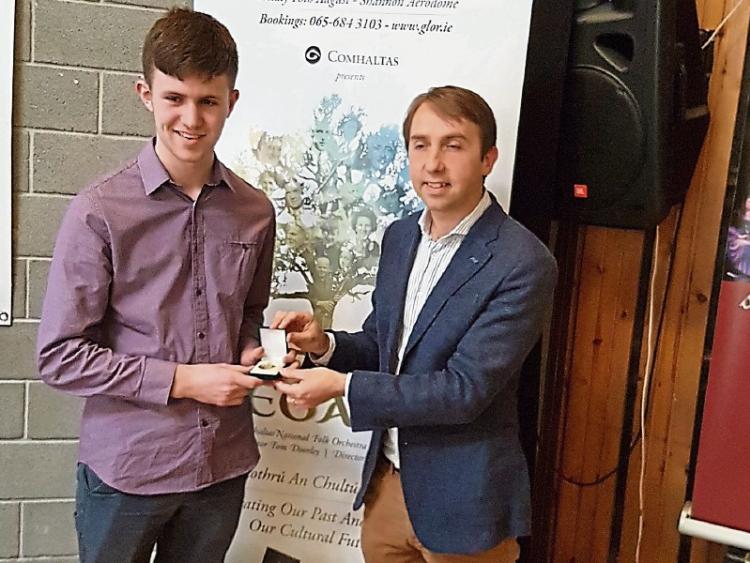 A member of Spink Comhaltas has been awarded the prestigious Mícheál Ó hEidhin Medal for achieving excellence in grade 8 of the Comhaltas SCT music examinations 2016.

Spink Comhaltas has been preparing students for the SCT exams for the last four years, and David Vesey is the first Spink member to successfully complete the final Advanced Performance grade, which involves a 45 minute recital of traditional Irish music.

2017 has been a busy year in music for David - his group Fiúntas won the silver medal position in the prestigious Siansa Gael Linn competition in April.

The presentation of the Mícheál Ó hEidhin Medals took place as part of the Comhaltas Annual Congress in An Cultúrlann. Monkstown, Co Dublin, and a total of 16 winners were presented with their medal by Oisín Mac Diarmaida, the music director of the SCT Examinations.